What is the Anthropocene and Are We in It?

What is the Anthropocene and Are We in It?
Efforts to label the human epoch have ignited a scientific debate between geologists and environmentalists 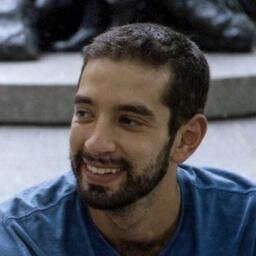 Have human beings permanently changed the planet? That seemingly simple question has sparked a new battle between geologists and environmental advocates over what to call the time period we live in. 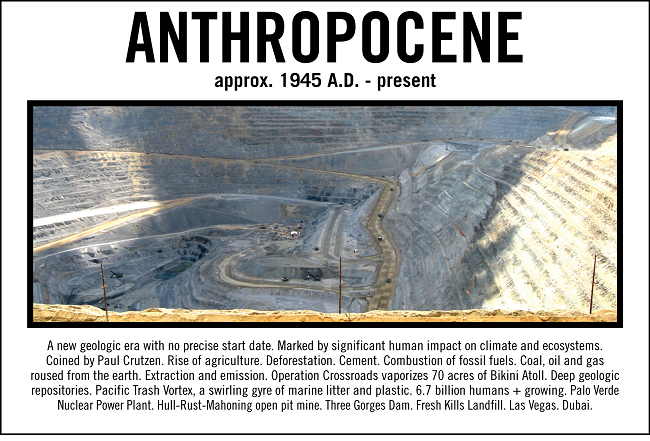 According to the International Union of Geological Sciences (IUGS), the professional organization in charge of defining Earth’s time scale, we are officially in the Holocene (“entirely recent”) epoch, which began 11,700 years ago after the last major ice age.

But that label is outdated, some experts say. They argue for “Anthropocene”—from anthropo, for “man,” and cene, for “new”—because human-kind has caused mass extinctions of plant and animal species, polluted the oceans and altered the atmosphere, among other lasting impacts. Anthropocene has become an environmental buzzword ever since the atmospheric chemist and Nobel laureate Paul Crutzen popularized it in 2000. This year, the word has picked up velocity in elite science circles: It appeared in nearly 200 peer-reviewed articles, the publisher Elsevier has launched a new aca­demic journal titled Anthropocene and the IUGS convened a group of scholars to decide by 2016 whether to officially declare that the Holocene is over and the Anthropocene has begun. 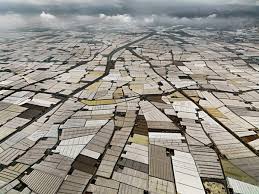 Many stratigraphers (scientists who study rock layers) criticize the idea, saying clear-cut evidence for a new epoch simply isn’t there. “When you start naming geologic-time terms, you need to define what exactly the boundary is, where it appears in the rock strata,” says Whitney Autin, a stratigrapher at the SUNY College of Brockport, who suggests Anthropocene is more about pop culture than hard science. The crucial question, he says, is specifying exactly when human beings began to leave their mark on the planet: The atomic era, for instance, has left traces of radiation in soils around the globe, while deeper down in the rock strata, agriculture’s signature in Europe can be detected as far back as A.D. 900.

The Anthopocene, Autin says, “provides eye-catching jargon, but from the geologic side, I need the bare bones facts that fit the code.”  Some Anthropocene proponents concede that difficulty. But don’t get bogged down in the mud, they say, just stipulate a date and move on. Will Steffen, who heads Australia National University’s Climate Change Institute and has written articles with Crutzen, recommends starting the epoch with the advent of the industrial revolution in the early 1800s or with the atomic age in the 1950s.

Either way, he says, the new name sends a message: “[It] will be another strong reminder to the general public that we are now having undeniable impacts on the environment at the scale of the planet as a whole, so much so that a new geological epoch has begun.” To Andrew Revkin, a New York Times reporter (now blogger) who suggested a similar term in 1992 that never quite caught on (“Anthrocene”), it’s significant that the issue is being debated at all. “Two billion years ago, cyanobacteria oxygenated the atmosphere and powerfully disrupted life on Earth,” he says. “But they didn’t know it. We’re the first species that’s become a planet-scale influence and is aware of that reality. That’s what distinguishes us.”

Earth and North America from Space – taken from a digitally enhanced, 1972 NASA Apollo 16 Mission negative – one of the last manned flights at this distance – 10,000 miles, or 16,000 kilometers – restored historic photo, not computer generated

Reference
What is the Anthropocene and Are We in It? by Joseph Stromberg  SMITHSONIAN MAGAZINE  January 2013Illustration by Stephanie Dalton Cowan