Are We Buying the Fish We Think We’re Buying? by Alison Henry published by WWF 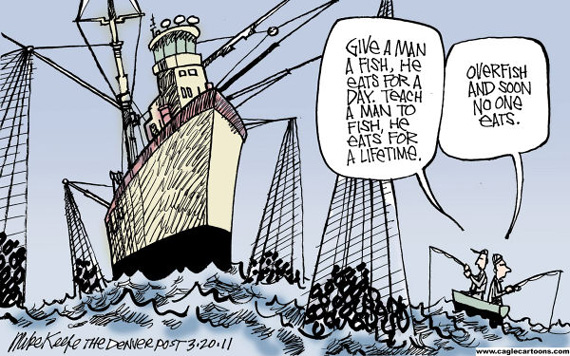 The murky origin of our seafood and a plan to combat illegal, unreported and unregulated fishing – WWF October 14, 2015 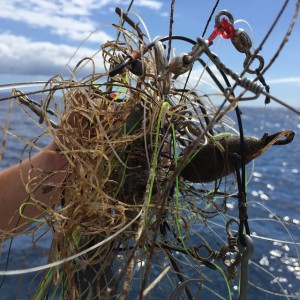 Editorial Note:  remnants of fishing lines in the ocean …  irregular fishing and overfishing are choking economies and destroying species … Besides, what is fished is not always what we are expecting to eat … Traceability is a must all over the World … Apparently some Nations still  have limited control and this article is providing a Be alert message and a request to US government to take actions

When we go to the market to select a piece of fish for dinner, we often rely on the sign sitting next to the cut or the label on the packaging itself to identify the species. Fish like salmon and some tuna are easy to spot given their unique color and appearance. But white fish—like pollock, codfish, and halibut—are much more difficult to distinguish; many of them look almost identical after they’ve been processed and packaged. To put it simply, there’s no definitive assurance that we’re buying what we think we’re buying.

So, why is this a concern?
Some stocks of fish are better managed than others—and we want to purchase fish that we know comes from a well-managed fishery. We want to be sure it was harvested legally, according to the rules designed to protect ecosystems and achieve sustainability. This means the catch needs to be fully grown, in season, and from legal, regulated areas. Unfortunately, the United States lacks sufficient tracking and labeling regulations that can ensure these are the characteristics of all of the fish consumers can choose from. “There’s just no good way a US consumer can tell whether the fish he or she is purchasing comes from a legal source,” Michele Kuruc, vice president of ocean policy for WWF, said. “WWF is pushing to have the government collect this information.”

Sometimes a filet labeled ‘snapper’ in the store is actually something else. Or the pollock available was caught out of season. Without accurate labeling and traceability, there’s just no way to know. Even experts and regulators can’t always tell the species of a fish just by looking at a cut, and there’s no efficient field kit for DNA tests to answer the question. Ninety percent of our fish is imported; about 450 wild-caught seafood products cross our border from more than 130 countries annually. Given the complex nature of the global seafood supply chain, illegal fish products often comingle with legal fish products, making them nearly impossible to detect. 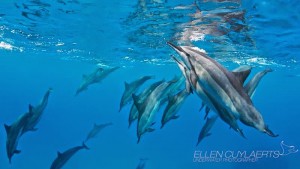 What can we do to change this?
Worldwide, we’re seeing a growing number of fish caught, processed, and consumed each year. The US, in particular, is one of the largest markets for seafood; Americans eat about 5 billion pounds a year. WWF is urging the US government to establish regulations, including the proposal of a national traceability program to track seafood from the point where it is caught to its entry into the US, under which all species of fish are eventually covered. This will prevent species substitution — claiming one type of fish is actually another— and will prevent crime from gravitating to both species of high value and species of lesser concern. This is an issue of good actors versus bad actors. The government needs to adopt a rule that ends the incentive for illegal fishing and guarantees that seafood can be traced from where it was caught to our dinner plates. A process that includes catch documentation, a traceability system, and adequate border procedures to ensure product legality must be implemented. When we can guarantee the origin of our fish, we’re helping our oceans and ourselves.

Join WWF to protect the Planet

Take Action: Stop illegally caught fish from entering the US.