Integrated surveillance to counter piracy by the Italian Navy 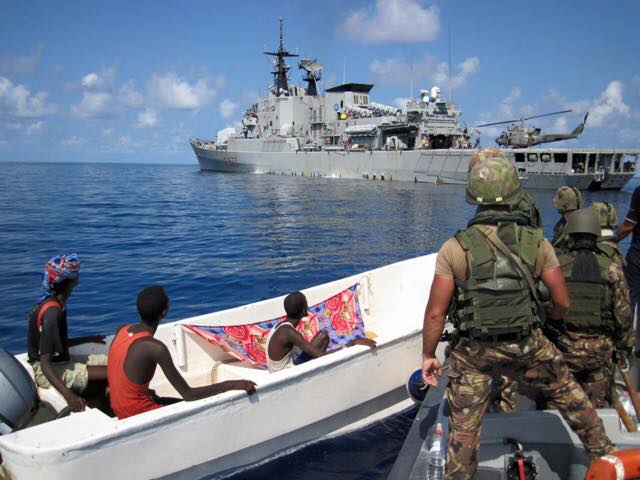 Recently it has been published by IOS Press a book resuming the results of the NATO Advanced Research workshop (ARW) on PIRACY AND MARITIME TERRORISM: LOGISTICS, STRATEGIES, SCENARIOS. The book is available on internet and includes one of my articles on piracy presented in Lisbon (Portugal) at the above mentioned workshop on 19th – 22nd  May 2008.

The article introduced the piracy problem with specific reference to its (at that time) developments in the Indian Ocean, in particular focusing on the involvement of the Italian Navy both nationally and within international NATO and EU coalitions. Indeed, the Italian Navy started to be significantly present in this area towards the end of the 80’s,  despatching patrol assets to the Indian Ocean and the Persian Gulf to escort Italian shipping along most important sealines. It should be mentioned that the Italian merchant fleet is one of the most important in the area and the Italian government interest caused the temporary dispatch of ITN vessels for supporting and assisting national cargoes. 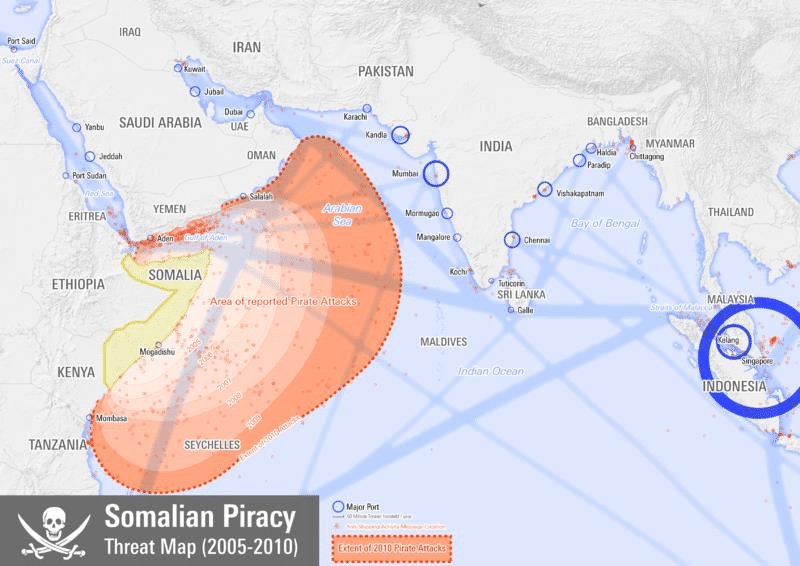 All these activities allowed significant information gathering on the environment and on dynamics of shipping and local traffics in the area. The Italian direct involvement in actions connected with counter piracy started in 1997 with the presence of an Italian Navy task group in the Eastern Seas for more than 7 months (ITS Zeffiro and ITS Artigliere).

Actually, since the beginning of the Operation Enduring Freedom, the Italian Navy began a continuous and active presence with naval assets for presence and counter-terrorism operations throughout the entire area of responsibility of USCENTCOM. This allowed to continuesly  monitor the merchant routes and, sometimes, to directly act in support of the attacked vessels. In particular, coalition assets, under the direction of an Italian Admiral, often interacted with pirates eventually arresting the crews. In July 2005, two pirate attacks off Somalia waters, occurred to Italian vessels over the span of a week (Jolly Marrone and Cielo di Milano).

This brought the Italian Government to take an immediate action, tasking the Navy to despatch two frigates (ITS Granatiere and ITS Libeccio) to the area in order to conduct a national maritime surveillance and counter-piracy Operation nicknamed MARE SICURO. This initiative provided an important signal to the international community and the Italian action was also acknowledged by IMO during the forthcoming conference of Muscat (January 2006).

In the following years, also given the increased dynamic of piracy in the Indian Ocean, the Italian Navy planned deployments of naval groups in the area every year and established a continuous detachment presence at Combined Maritime Forces (aka CMF) in Al Manama (Bahrain).  Besides analysing the most relevant lessons learned and critical operational issues following these activities, the article pointed out that piracy is an international crime, of asymmetric nature, that every Nation should counter seeking regional and international cooperation to preserve the freedom of navigation at sea.

Legal issues seams to be prevalent in the complexity of the situation so it is necessary a larger consensus to better tackle piracy. Besides, a common political and economic action should be engaged to support local population and remove instability causes.