NOAA Reporting on the State of the Climate in 2016

In 2016, large areas of the globe experienced more extremely warm days (temperatures above the 90th percentile for that location) than the 1961-1990 average. NOAA Climate.gov map adapted from Plate 2.1c in State of the Climate in 2016.

The report’s climate indicators show patterns, changes, and trends of the global climate system. Examples of the indicators include various types of greenhouse gases; temperatures throughout the atmosphere, ocean, and land; cloud cover; sea level; ocean salinity; sea ice extent; and snow cover. Report highlights include these indications of a warming planet. 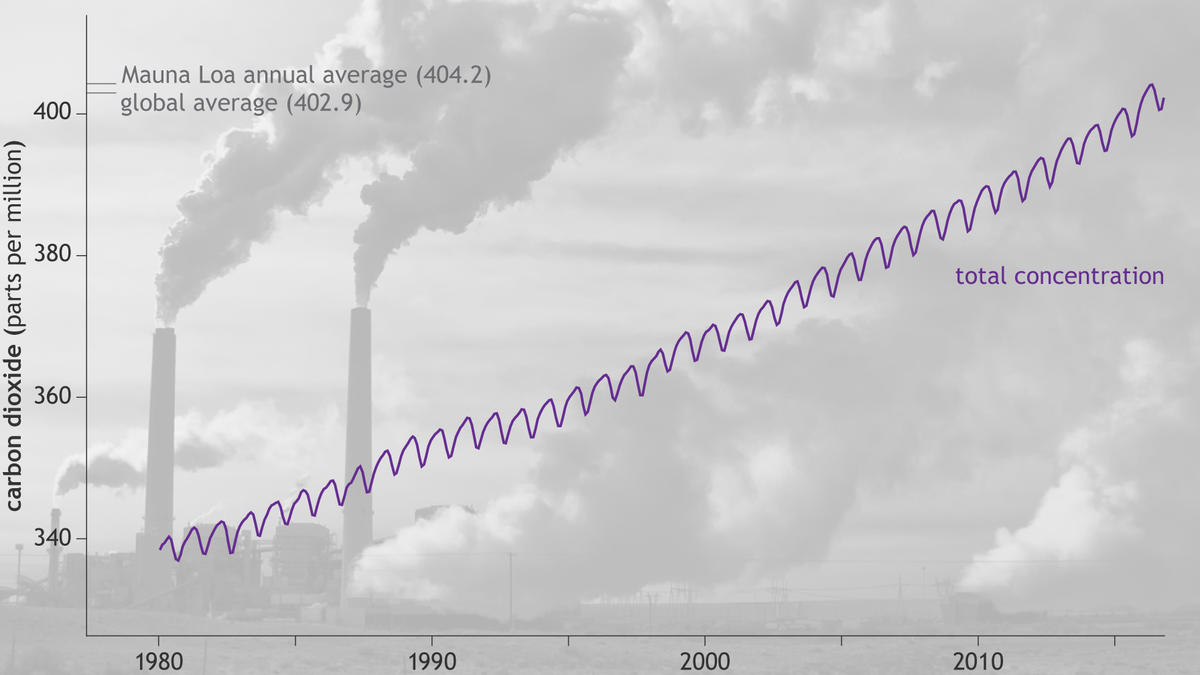 Major greenhouse gas concentrations, including carbon dioxide (CO2), methane, and nitrous oxide, rose to new record high values during 2016. The global annual average atmospheric CO2 concentration was 402.9 parts per million (ppm), which surpassed 400 ppm for the first time in the modern atmospheric measurement record and in ice core records dating back as far as 800,000 years.This was 3.5 ppm more than 2015, and it was the largest annual increase observed in the 58-year record.

Global Lower Tropospheric Temperature Highest on Record In the region of the atmosphere just above Earth’s surface, the globally averaged lower troposphere temperature was highest on record. 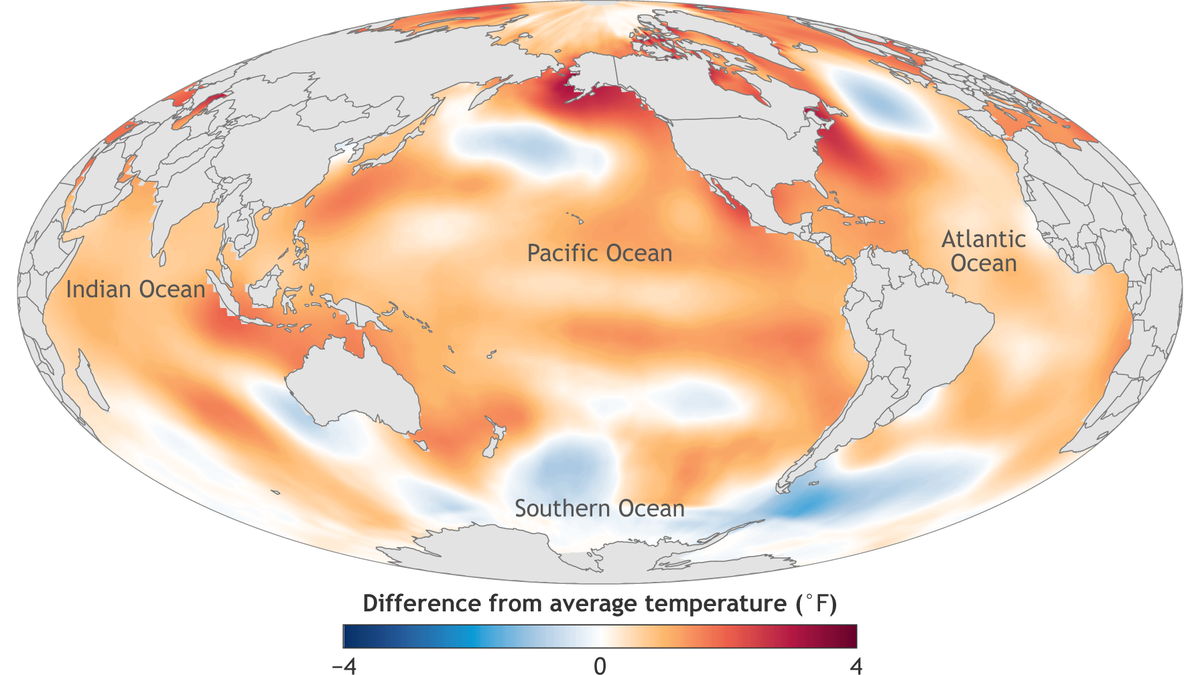 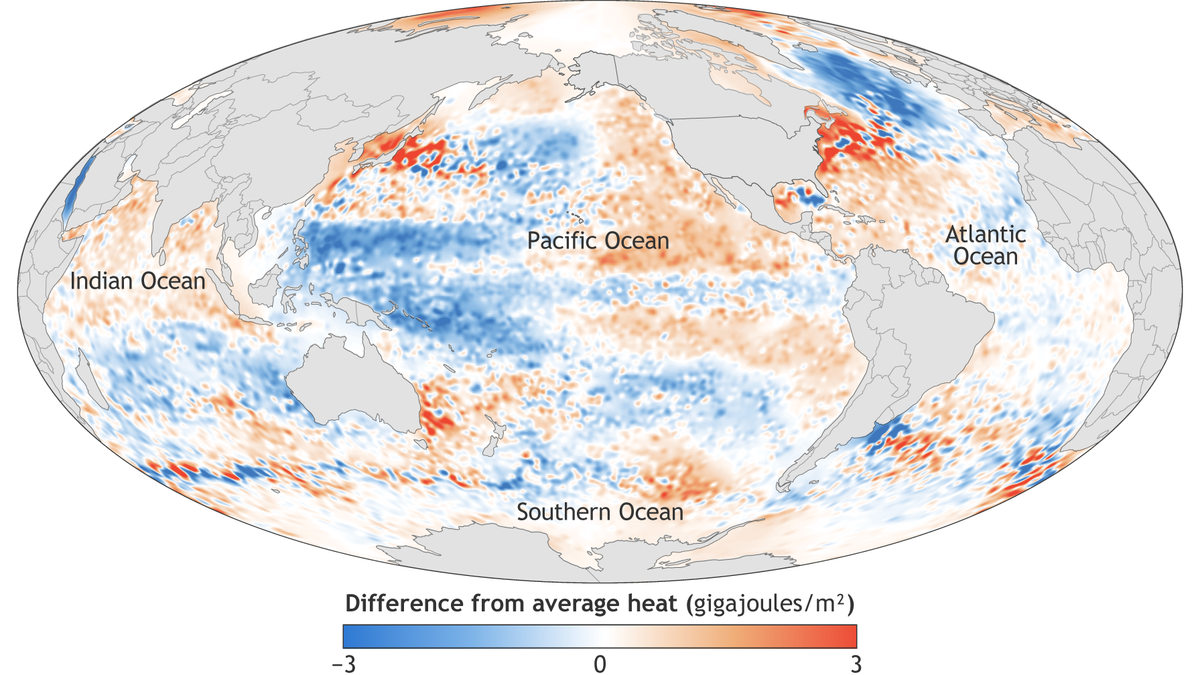 Globally, upper ocean heat content saw a slight drop compared to the record high set in 2015, but reflected the continuing accumulation of thermal energy in the top 2,300 feet (700 meters) of the ocean. Oceans absorb more than 90 percent of Earth’s excess heat from global warming. 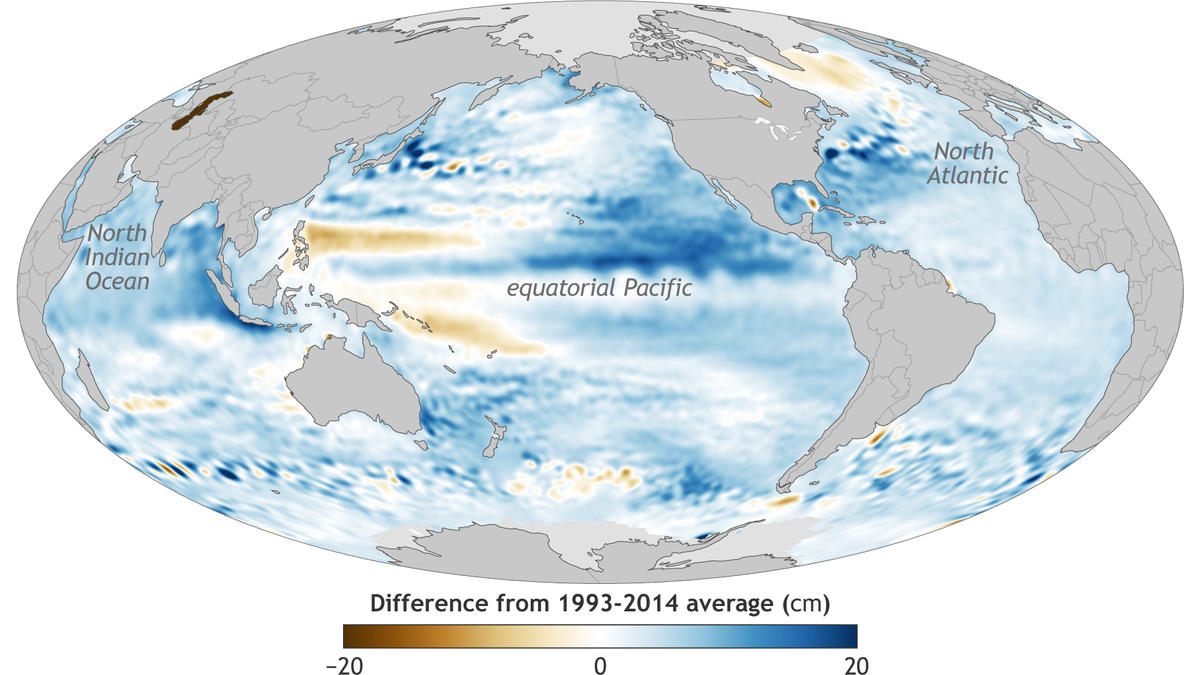 Global average sea level rose to a new record high in 2016 and was about 3.25 inches (82 mm) higher than the 1993 average, the year that marks the beginning of the satellite altimeter record. This also marks the sixth consecutive year global sea level has increased compared to the previous year. Over the past two decades, sea level has increased at an average rate of about 0.13 inch (3.4 mm) per year, with the highest rates of increase in the western Pacific and Indian Oceans.

Extremes Were Observed in the Water Cycle and Precipitation
A general increase in the water cycle (the process of evaporating water into air and condensing it as rain or snow), combined with the strong El Niño, enhanced the variability of precipitation around the world. In addition to many parts of the globe experiencing major floods in 2016, for any given month at least 12 percent of global land was experiencing at least “severe” drought conditions, the longest such stretch in the record. Drought conditions were observed in northeastern Brazil for the fifth consecutive year, making this the longest drought on record in this region. The increased hydrologic cycle was also reflected, as it has been for more than a decade, by patterns of salinity (saltiness) across the globe’s ocean surface. 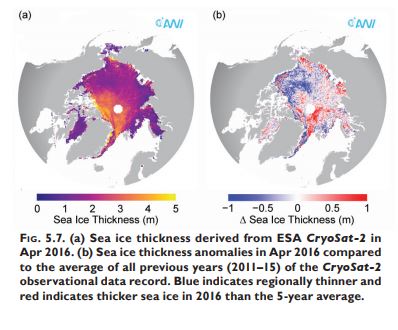 Global ice and snow cover decline
Preliminary data indicate that 2016 was the 37th consecutive year of overall alpine glacier retreat across the globe, with an average loss of 2.8 feet (852 mm) for the reporting glaciers. Across the Northern Hemisphere, late-spring snow cover extent continued its trend of decline, with new record low April and May snow cover extents for the North American Arctic. Below the surface, record high temperatures at the 20-meter (65-feet) depth were measured at all permafrost observatories on the North Slope of Alaska and at the Canadian observatory on northernmost Ellesmere Island.

Tropical cyclones were well above average overall
There were 93 named tropical cyclones across all ocean basins in 2016, well above the 1981–2010 average of 82 storms. Three basins—the North Atlantic and eastern and western North Pacific—experienced above-normal activity in 2016. The Australian basin recorded its least active season since the beginning of the satellite Era in 1970.

The State of the Climate in 2016 is the 27th edition in a peer-reviewed series published annually as a special supplement to the Bulletin of the American Meteorological Society. The journal makes the full report openly available online.