The Foundation for Antarctic Research, Inc. by Sandra Birnhak

The windiest, coldest, highest and driest place on Earth, as much surface area as the Moon, one and a half times larger than the United States, no indigenous peoples, no sovereign rule and dozens of countries operating there – a constant mega session of the U.N.; a place where Policy Wrangling is as important as Science. Founded in 2008, The Foundation for Antarctic Research, Inc. primary focus is scientific research in Antarctica on behalf of wildlife that is gravely affected by changes in the environment and fishery laws. Projects include the study of the foraging ecology of the Emperor Penguin on Snow Hill and the advancement of the development and testing of the Underwater Bait Setter for Longline Fisheries. These projects are headed by Dr. Graham Robertson of the Australian Antarctic Division. Dr. Robertson is one of the world’s leading scientific experts in studies on the Emperor Penguin and has gained world recognition for his work with the Albatross. Our administrative Team includes people from all disciplines and walks of life – individuals dedicated to the environment – a love of adventure – and a deep desire to see that laws are instituted to protect our amazing planet.
Sandra Birnhak, Director 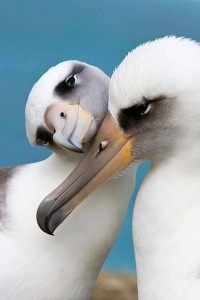 Projects include the study of the foraging ecology of the Emperor Penguin on Snow Hill and the advancement of the development and testing of the Underwater Bait Setter for Longline Fisheries. These projects are headed by Dr. Graham Robertson of the Australian Antarctic Division. Dr. Robertson is one of the world’s leading scientific experts in studies on the Emperor Penguin and has gained world recognition for his work with the Albatross. Dr. Rory Wilson of the University of Swansea in Wales heads the Daily Diary project – an extraordinary device designed to change the way the world sees animals. Dr. Wilson, is considered a pioneer in this new approach to conservation. Our administrative Team includes people from all disciplines and walks of life – individuals dedicated to the environment – a love of adventure – and a deep desire to see that laws are instituted to protect our amazing planet. But, let’s talk about  Daily Diary Project. Backing an animal diary for finding the truth about wildlife in trouble; a new approach to conservation. 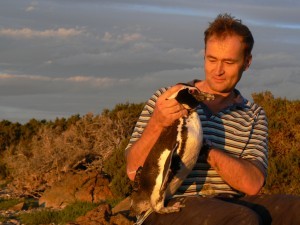 The idea
In 2006, a prestigious Rolex Award for enterprise was awarded to Rory Wilson, a British zoologist and professor at Swansea University, for his aspiration to invent spy technology in the form of a single, unique device conceived to help understand the lifestyle and needs of many of the world’s imperilled animals. His idea was to create a new gadget, one like no other, which could be attached to wild animals which would, automatically, independently, and whatever the conditions, continuously record four exciting and important things that tell us about the way that animals live.

This device, which has been called ‘The Daily Diary’ because it acts like a self-writing diary, was to tell biologists.:

– Exactly where animals go for every second of their lives, irrespective of whether it is day and night, whether it is sunny or in a hurricane, whether the animal moves deep underwater, high in the air or scuttles down burrows far underground.

– What behaviour the animal engages in, again on a second by second basis, whether hunting, grooming, sleeping, mating or simply just chilling.

– The energy expended by the animal at all times so that, when combined with knowledge of the behaviour, we can find out how much it costs wild animals to live their lives the way they do.

– The environmental conditions to which animals are exposed as they go about their business. This can be temperature, light intensity, relative humidity, pressure etc.

These four elements are cornerstones to understanding animal lives and well-being. The general idea behind the Daily Diary was that its deployment on imperilled species would empower those wishing to conserve them by providing fundamental information about the animals so that effective management decisions could be made.

The nitty gritties
As laudable as these aims might be, even simple production and testing of the Daily Diary as conceived was going to be no easy task. There were the sensors, the electronics and the housing to think of, even before tests and trials could be run on the various types of animals; things that fly, swim and burrow, to name but a few.

How far down the ‘daily diary’ road are we now?

Things have gone well. It’s 2010 and, thanks to the generosity of Rolex, the Daily Diary has been built and tested extensively. It’s been on a wide variety of animals, from cheetahs, through penguins to whale sharks and it works!! In fact, even during testing it has revealed some incredible animal secrets. But the story is not over. It’s a very complex piece of technology that records data up to 32 times every second on each of its 13 channels. Dealing with the analysis of the data requires specialist software and we’re trying to develop this now. If we are to empower biologists to help wildlife, they need to be able to use and interpret the Daily Diary data without becoming rocket scientists. We already have a trial version of special software (called SNOOP – what else would you use to look into someone’s personal diary?) that does some of the things that we need it to. The development of this has been helped by a generous grant from Wildlife Computers but funding is tight and the development must go on.

The next steps
There is a large variety of animals out there. They move and behave in different ways. We’ve made a great start in deploying the Daily Diary on over 40 species. However, we need funding to help us deploy tags on new species so that we can develop the software to recognise their behaviours.We also need to start deploying units for real conservation issues. There’s so much going on out there. Animals need help. They need to be understood.
The Daily Diary does that. We want the Daily Diary initiative to be seen as an organisation that could lend units to conservation projects in need.  They are not cheap, costing about $3000 each.We feel that it is critical that the public be informed of what is going on. One way we can do this is by using the data from Daily Diary deployments to create virtual reality films of what the animals actually did while they were wearing the units. It is even possible to let the animals move through google earth. There can be no more compelling way to get people to understand how animals are operating than by allowing them to ‘view’ the wildlife operating in their natural habitat, even if that is located 2 miles under the sea! The Daily Diary initiative seeks to create an archive of Daily Diary information from deployments as they occur to serve as a source of information in a world library from now and into the future helping to document, for example, how animals respond to change. 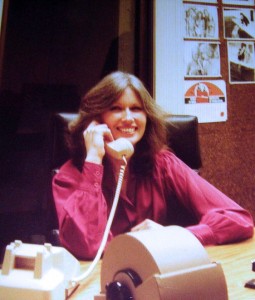 For more information on the Foundation for Antarctic Research and contributes, please contact: