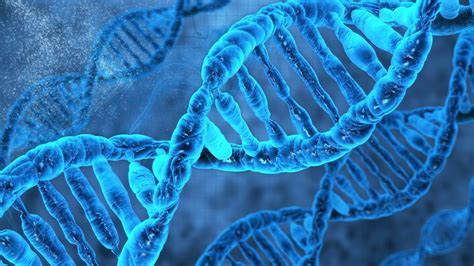 Abstract
As environmental DNA (eDNA) becomes an increasingly valuable resource for marine ecosystem monitoring, understanding variation in its persistence across contrasting environments is critical. Here, we quantify the breakdown of macrobial eDNA over a spatio-temporal axis of locally extreme conditions, varying from ocean-influenced offshore to urban-inshore, and between winter and summer. We report that eDNA degrades 1.6 times faster in the inshore environment than the offshore environment, but contrary to expectation we find no difference over season. Analysis of environmental covariables show a spatial gradient of salinity and a temporal gradient of pH, with salinity—or the biotic correlates thereof—most important. Based on our estimated inshore eDNA half-life and naturally occurring eDNA concentrations, we estimate that eDNA may be detected for around 48 h, offering potential to collect ecological community data of high local fidelity. We conclude by placing these results in the context of previously published eDNA decay rates.

The ability to sequence minute concentrations of extra-organismal DNA directly from the aquatic environment is transforming ecological monitoring and environmental management1,2,3. However, the reliability and resolution of our inferences from these environmental DNA (eDNA) surveys is contingent upon the ability to detect the contemporaneous presence of a species, or provide an accurate representation of a community at a specific point in time. The duration or persistence of eDNA molecules in the environment is therefore of critical importance 4,5. For example, comparisons of species richness across protected areas6 or along ecological gradients 7 require consideration of two possibilities. Firstly, that species that are present may not be detected due to, for example, low-organism density (a false negative), or secondly, that species currently absent or never present are detected due to eDNA being transported in from connected areas (false positive). Knowledge of how long eDNA is likely to persist in a given system is therefore of importance to understanding both of these scenarios, and is a pertinent problem for eDNA studies of lotic and marine ecosystems in particular, due to the potential influence of eDNA transport via river or tidal currents. Deiner et al. 8, for instance, reported that eDNA could be recovered up to 10 km downstream of a source population, while Kelly et al. 9 reconstructed site-specific communities despite a tidal cycle. To date, the majority of studies on eDNA degradation rates have focused on freshwater habitats, and mainly in terms of simulated lentic environments in mesocosm experiments, and often using non-natural water sources 10,11,12,13. Experiments representing more diverse natural systems and conditions are now being conducted, for example in ponds with different nutrient profiles14, or in stream mesocosms across a natural acid–base gradient5. In the marine environment, most studies of eDNA degradation have been preliminary or as supporting evidence in wider metabarcoding studies15,16,17,18,19. Sassoubre et al.20, however, made a detailed comparison of release and decay rates among marine fish species, while Andruszkiewicz et al.21 and Jo et al.22 investigated the effects of ultraviolet light and fragment length on marine eDNA decay rates, respectively. Microbiologists have undertaken degradation studies with DNA from marine bacteria typical of faecal pollution events 23,24,25, but it is unclear if these can be generalised due to the differences between prokaryotic and eukaryotic cells.

Marine systems present a different set of conditions to freshwater systems in terms of eDNA stability, and previous studies have suggested that eDNA degrades faster in marine systems18,20, despite the potential preservative effect of salt on DNA23. Differences in chemical composition, pH, temperature and biota all play an important role in freshwater eDNA dynamics, with warmer water of a neutral or acidic pH and a low dissolved organic carbon content having the highest degradation rates 5,12,14. However, despite being more chemically homogeneous than freshwater, heterogeneity in natural seawater taken from different locations or at different times of the year has yet to be fully explored (but for a microbial perspective on seasonal nutrient limitation and organic phosphorus, see Salter 26). Here, we evaluate the influence of season and location on eDNA degradation rates by collecting water from different environments in the Western English Channel, representing putatively extreme regional conditions that differ chemically and biologically, and where differential decay may be expected 14,26, viz., an unstable inshore–urban location with high levels of anthropogenic and freshwater terrestrial inputs, a stable, seasonally stratified offshore site beyond the frontal isotherm representing ocean-influenced conditions, and a simulated environmental gradient created by mixing water from these two locations. Experimental water was spiked with natural eDNA from two common European intertidal species (fish and crab). Temporal degradation in eDNA was measured by quantitative PCR (qPCR) in a controlled aquarium laboratory setup. The experiment was repeated over two contrasting seasons, late winter and late summer, when sea surface temperatures and primary production should be near their respective minima and maxima in this region27. We hypothesise, firstly, that the inshore site will show a faster degradation rate than the offshore site due to a wider range of potential factors that may influence degradation (e.g. freshwater input, lower pH), and secondly, that the summer season will show a faster rate than winter due to the higher temperatures and increased biological activity. Our findings show, as predicted, that eDNA degrades faster in the inshore site than the offshore site, but contrary to our expectations, it is not possible to statistically distinguish summer decay rates from winter decay rates. 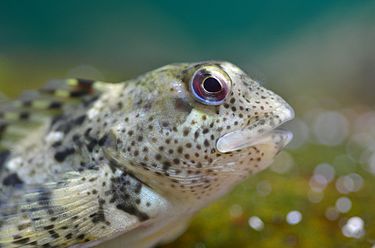 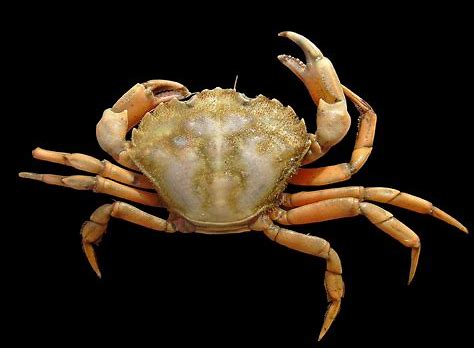 Mean assay efficiencies as reported from the standard curves on each plate were 103% (SD = 4.7) for the shanny assay and 106% (SD = 4.3) for the crab assay. Mean R2 values for both assays were 0.996 (SD = 0.004). At 1 μL of standard per reaction, the crab assay amplified 97% of the 10 copies/μL standards, and 37% of the 1 copy/μL standards. The shanny assay amplified 97% of the 10 copies/μL standards, and 30% of the 1 copy/μL standards. Following Agersnap et al.28, the limit of quantification for both assays was ~10 copies/μL (=833 copies/L) and the limit of detection was around 1 copy/μL (=83.3 copies/L). The highest Ct value for a reliable amplification was 38.5, and all positive amplifications below this value were used in subsequent analyses even if below the limit of quantification. In the winter experiment, the proportion of non-amplifying qPCR reactions was 0 at 96 h and 0.56 at 192 h; in the summer experiment, the proportion was 0.19 at 96 h and 0.68 at 192 h. None of the no-template controls amplified in the multiplex qPCR assays. A total of 22 (12 shanny, 10 crab) of the 96 no-treatment controls amplified in one or more qPCRs, with 13 (4 shanny, 9 crab) of these (60%) from the inshore water control where these species were expected to occur. Of the amplifications not from the inshore control, all but two were in just one of the technical replicates, and the mean contamination level averaging over only the positive qPCRs was 70 copies/L (crab assay) and 186 copies/L (shanny assay). Of the 24 DNA extractions tested for PCR inhibitors with serial dilution and qPCR, the mean efficiency value was 97% and the maximum was 111.3% (winter, offshore, tank 15).

Persistence times
Over 192 h, eDNA showed an exponential decay in copies per litre of seawater over two seasons, two species and five experimental water treatments (Fig. 1; Fig. 2). The overall eDNA decay rate k across the natural treatments (synthetic control excluded) and seasons was −0.27, which translates to an eDNA half-life of 26.2 h (Table 1). The fastest decay rates were the inshore mixed treatments during the winter crab treatment (−0.033; 21.2 h), while the slowest rate was the offshore shanny treatment during the summer experiment at (−0.015; 45.6 h). Degradation rates were consistently slower—and therefore half-lives consistently longer—in the offshore water treatments than the inshore and the mixed offshore/inshore treatments, for both season and species (Fig. 2; Fig. 3; Table 1), and this was statistically significant (p < 0.0003; Table 2). There were no differences among the inshore and mixed treatments (p > 0.99; Table 2). The overall difference between the offshore and inshore treatments—i.e. averaged over assay and season—was 13.9 h (1.55 times slower offshore). 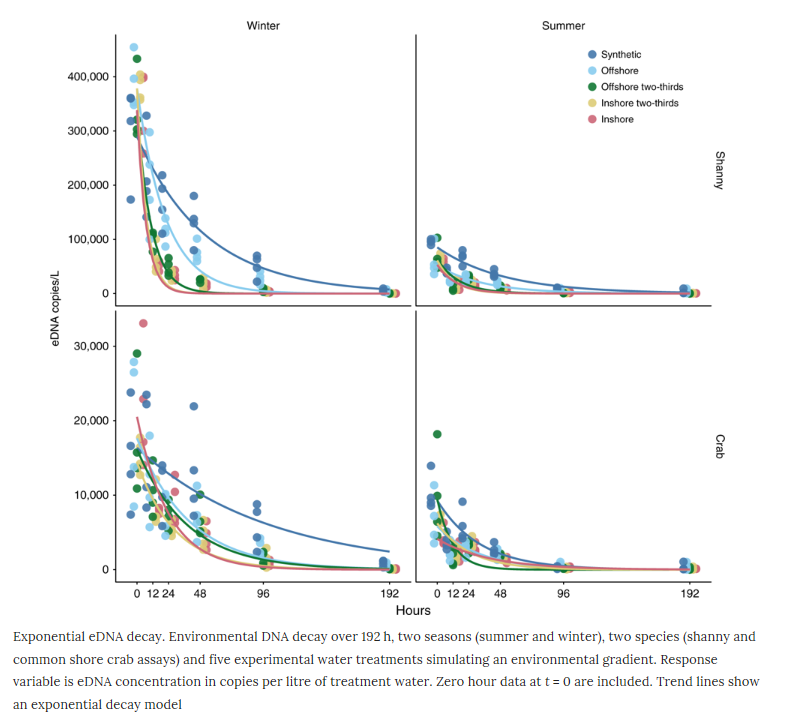 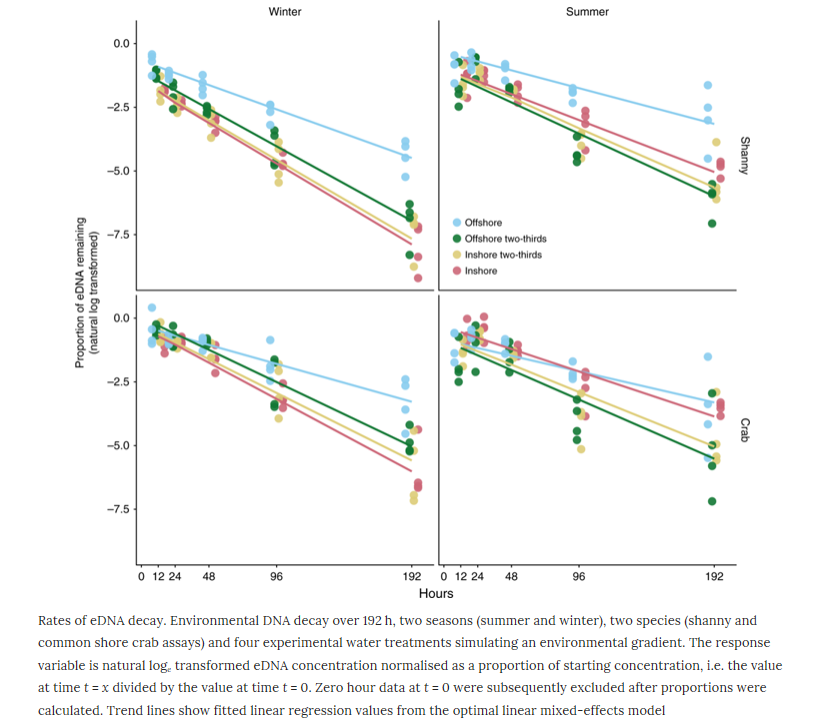 Degradation rates were faster in the crab assay than the shanny assay by 4.1 h overall (1.17 times slower in the shanny), but this difference was not statistically significant (p = 0.25; Table 2). Overall degradation rates were faster in winter than in summer by 2.6 h (1.1 times slower in summer), and this was not statistically significant (p = 0.31; Table 2). Degradation rates in the synthetic control were most similar to the offshore treatment (−0.019; 36.8 h), and did not differ by assay or season (Table 1; Supplementary Fig. 1). 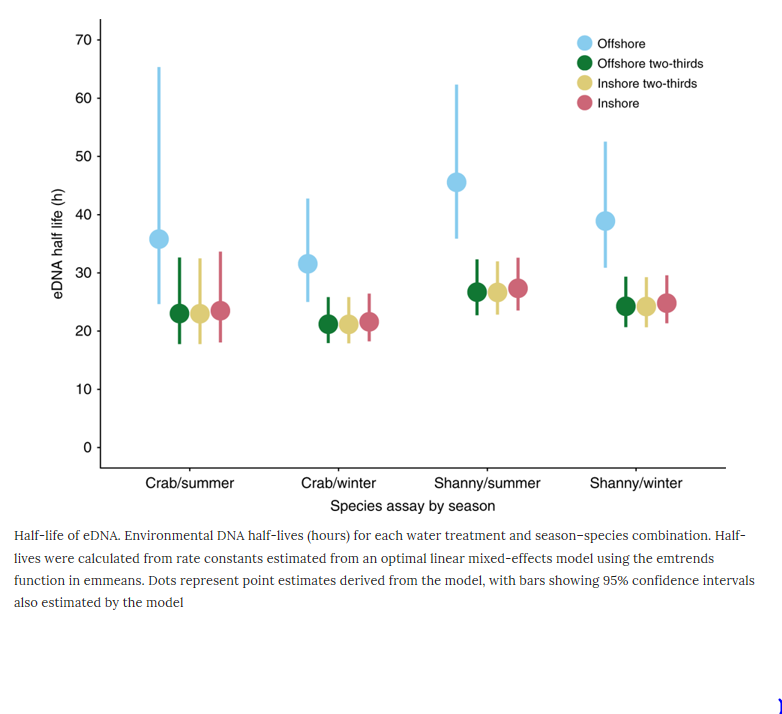 Of the possible covariates, conductivity was found to negatively correlate with eDNA degradation (p = 0.0004), with pH and background DNA concentration having no detectable effect (p = 0.33; p = 0.93).

LINK TO PART II LINK TO THE ORIGINAL ARTICLE

Open Access This article is licensed under a Creative Commons Attribution 4.0 International License, which permits use, sharing, adaptation, distribution and reproduction in any medium or format, as long as you give appropriate credit to the original author(s) and the source, provide a link to the Creative Commons license, and indicate if changes were made. The images or other third party material in this article are included in the article’s Creative Commons license, unless indicated otherwise in a credit line to the material. If material is not included in the article’s Creative Commons license and your intended use is not permitted by statutory regulation or exceeds the permitted use, you will need to obtain permission directly from the copyright holder. To view a copy of this license, visit http://creativecommons.org/licenses/by/4.0/.