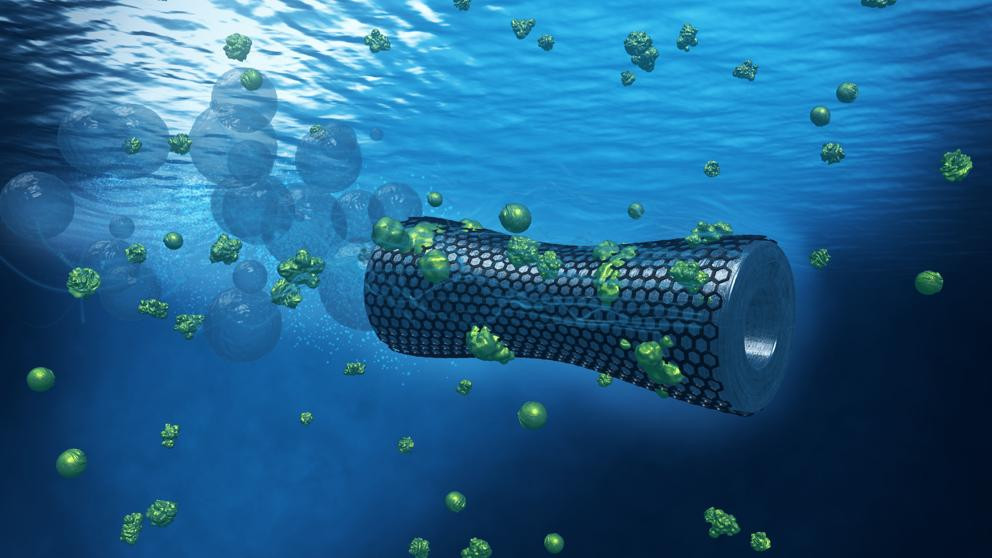 The invention couldn’t have come at a better time, with ocean pollution at an all-time high, much of it stemming from industrial activities such as electronics manufacturing. By 2050, it’s estimated that there will be more plastic than fish in the world’s oceans, and waste metals such as lead, arsenic, mercury, cadmium, and chromium are affecting the delicate ecological balance that will make things very difficult for any animal that relies on it for food – including humans – in the near future.

Developed by an international team of researchers, the newly developed nanobots have three key components: a graphene oxide exterior to absorb lead (or another heavy metal); a nickel core that enables researchers to control the nanobots’ movement via a magnetic field; and an inner platinum coating that functions as an engine and propels the bots forward via a chemical reaction with hydrogen peroxide. Once they’ve made one pass, the nanobots – which are smaller than the width of a human hair – can be deployed again for further sweeps. 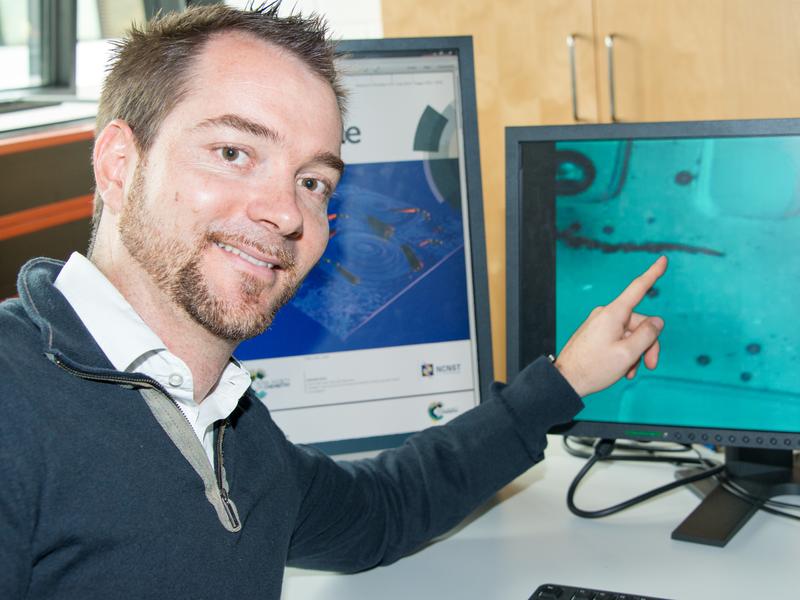 “This is a new application of smart nanodevices for environmental applications,” one of the team, Samuel Sánchez from the Max-Planck Institute for Intelligent Systems in Germany, told Phys.org. “The use of self-powered nanomachines that can capture heavy metals from contaminated solutions, transport them to desired places and even release them for ‘closing the loop’ – that is a proof-of-concept towards industrial applications.” While the nanobots used in these experiments were controlled using a precise magnetic field, in the future, they could guide themselves autonomously according to the researchers.

Further studies will also focus on attacking different types of contaminants and reducing the costs of fabricating the bots in the first place. The same magnetic field used to direct the nanobots is used to collect them in afterwards. At this point, an acidic solution is used to remove the lead ions and the bots are ready to go again. Eventually, the same sort of techniques could be used in other areas such as drug delivery. 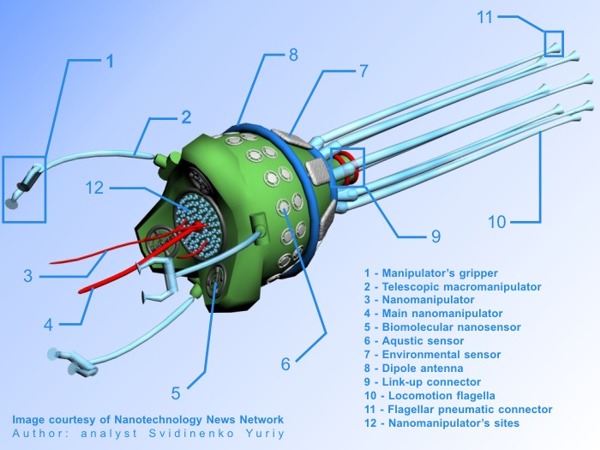