The “Great East” Earthquake occurred at 2:46pm on March 11th recorded magnitude 9.0, has given tremendous damage to the northern part of Japan, especially in the prefectures of Fukushima, Miyagi and Iwate.

The earthquake and tsunami triggered the worst nuclear accident since Chernobyl. The Fukushima Daiichi nuclear power station located in the Pacific Ocean coast received huge damage by the earthquake and tsunami. The piping facility in the building, the facilities for the external power supply and backup power were destroyed. The next day, 12th in the early morning, the leakage of radioactive materials had been found in front of the main gate of the nuclear power plant. The steam was filled in the building by the core melt down caused by the dysfunction of the cooling system. Lots of radioactive materials were scattered in the environment thorough “vent” to reduce the internal pressure and the hydroponic explosions of the nuclear reactors. According to the estimates by Asahi newspaper based on the data from TEPCO, the amount of radioactive materials released into the air were 770,000 tera Bq until beginning of Apr.11,2011, and still going on with high risk. It is said that this amount is about 20% of the Chernobyl accident. On April 12th, 2011, Nuclear and Industrial Safety Agency raised the rate of the accident from level 5 to the level 7, the same level as Chernobyl. 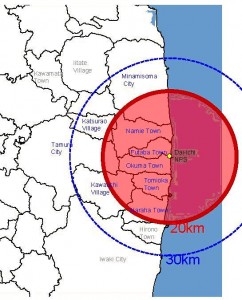 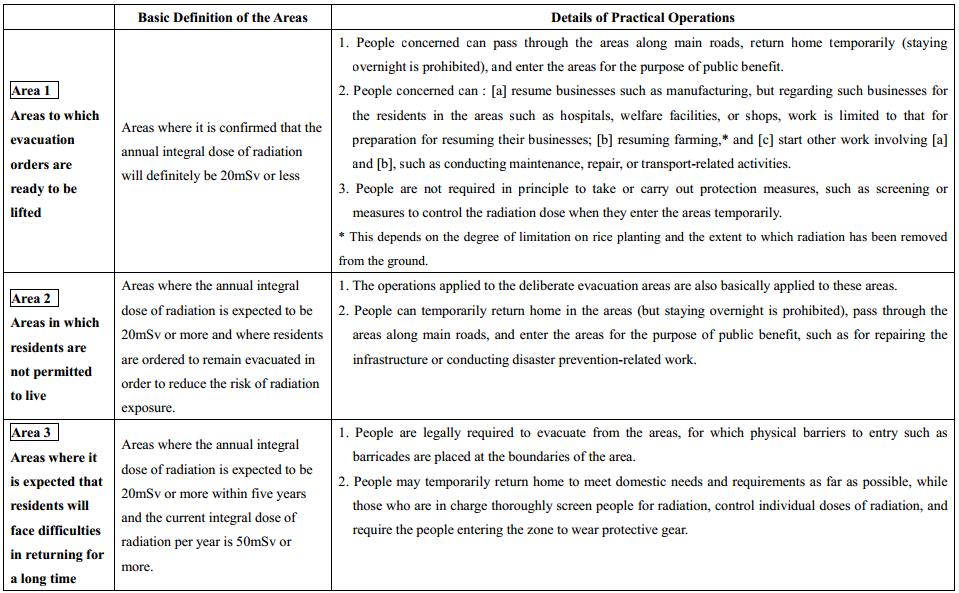 Decontamination from http://reportage.corriere.it
To decontaminate the field, Tsuboi  has followed the guidelines of the Japanese government, which – depending on the type of surface and the concentration of radioactive materials – involving the removal of contaminated soil, the reversal of the soil or the water washing with high pressure jet. According to the Japan Atomic Energy Agency, these techniques would reduce the radiation by almost 70%,  but some experts remain critical about the choice of areas to be decontaminated. Already in 2012, an international group of scientists did this to the Japanese authorities that the selective decontamination could not solve the problem of so-called hotspots – or places where the radiation is particularly high. These include Wolfgang Raskob, director of the Institute for nuclear technologies and energy of Karlsruhe, argues that “to be effective, the decontamination should cover all the areas where people live.” “The total decontamination“, however, “it is impossible.” While Miyakoji was the first district in the exclusion zone was declared to be decontaminated, the government is planning to complete the decontamination of all areas at risk by 2021.