Methods
(a) Physical–biogeochemical model and climate change scenarios
The coupled physical–biogeochemical models were set up and run for 11 large regional domains. All models had a horizontal resolution of 1/10° horizontal and 42 vertical layers. The high-resolution results were aggregated by EEZ (107 areas within the 11 domains). The EEZ was deemed to be the most relevant spatial unit for predicting change in fisheries. Within EEZ, we modelled the dynamics of consumers using a size-structured food web approach (described below). Two climate in silico experiments were carried out for each of the 11 domains, forced with ocean and atmosphere data taken from the Institut Pierre Simon Laplace Climate Model run for the Fourth Assessment Report of the IPCC [39]. The first, a present-day control experiment, used data from a simulation forced with trace gases set to 1980 values. The second, a near-future climate experiment (ca 2050) was performed using data taken from the IPCC SRESA1B ‘business as usual’ emissions simulation. Using forcing data for two different time periods from the same climate model enables relative changes between the two experiments to be quantified. In addition, a re-analysis simulation was performed for the period 1992–2001. Forcing data were provided by a global ocean assimilation and re-analysis simulation [40] and an atmospheric re-analysis dataset (http://badc.nerc.ac.uk/data/ecmwf-e40/). This enabled the outputs from the coupled hydrodynamic-ecosystem model to be evaluated against oceanographic and fisheries data for the same period. Nutrient input from riverine sources was provided by the Global Nutrient Export from Water Sheds model [41]. These data were used for both sets of climate model forced experiments and also for the re-analysis experiments, thus removing any climate change signal from riverine inputs. This was carried out because there were no reliable projections for riverine nutrient inputs available for the 11 domains. For each experiment, we ran a total of 13 years of simulations, with the final 10 used to capture both the signal and variability. 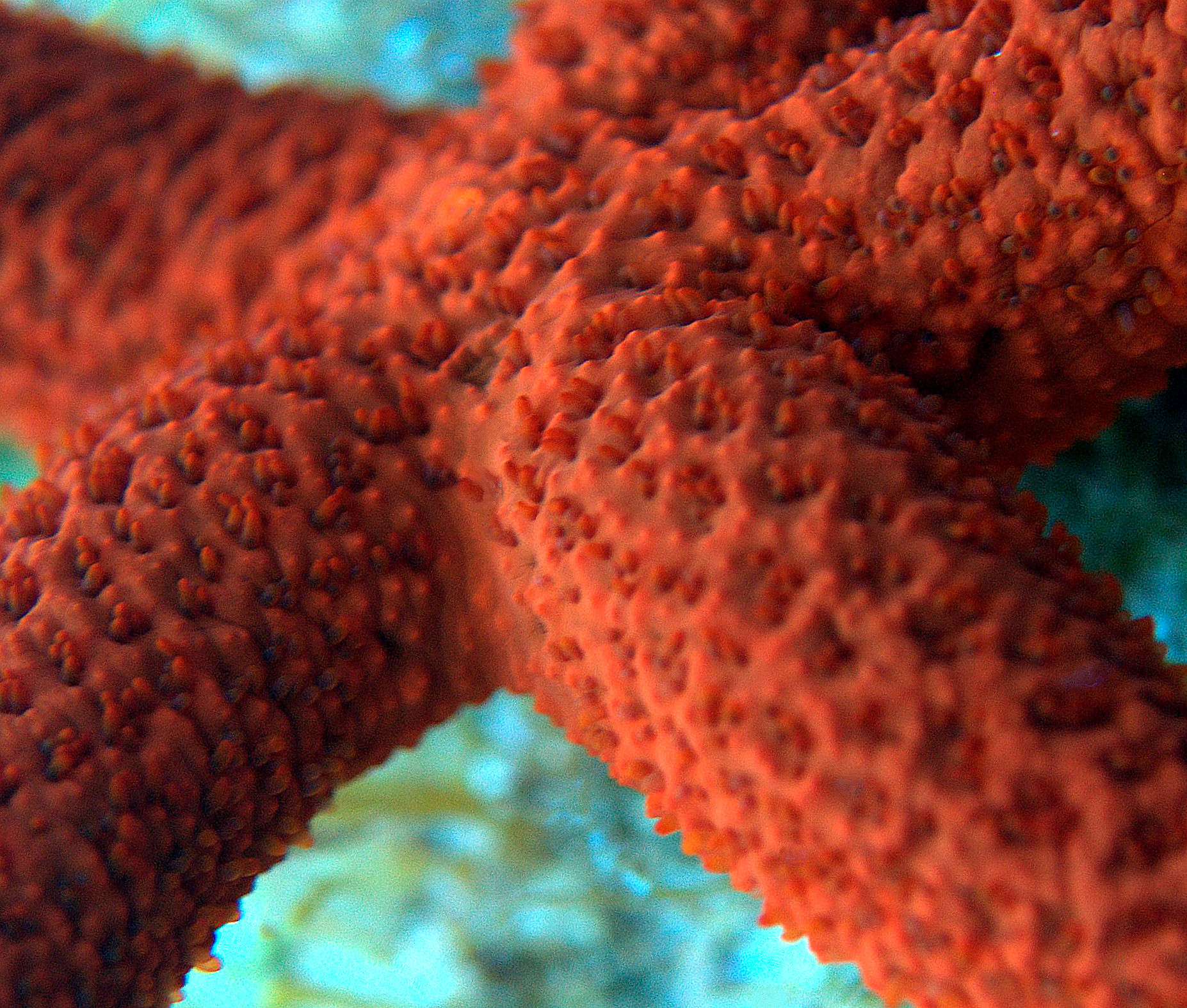 (b) Size-structured community models with temperature effects
The size-structured dynamics of marine animal communities were modelled using a previously published size-based model [31,32], which was modified to incorporate a temperature effect on the feeding and intrinsic mortality rates of organisms. The model incorporates two coupled size-structured communities that have distinct trophic properties: ‘pelagic predators’ and ‘benthic detritivores’. In both communities, we are concerned with the continuous function N(m,t) (m−3 g−1) which gives the density per unit mass per unit volume for organisms of mass m at time t. The continuous processes of growth G and mortality D that arise from organisms encountering and eating available and suitable food govern the temporal dynamics and lead to a partial differential equation for each size spectrum i, where i is denoted as P = pelagic predators or B = benthic detritivores (see electronic supplementary material, tables S1 and S2 for equations and parameters).

In the pelagic community, there is a background ‘plankton’ spectrum that spans the size range from 10−12 to 10−3 g that forms part of the food for ‘pelagic predators’. The feeding rate fPi(m,t) of a given size pelagic predator is a function of the preference for prey ωi in spectrum i, the volume of water searched per unit time Embedded Image (m3 yr−1 ; where A is the relative volume of water searched rate per unit body mass m and α is the allometric scaling exponent), and the amount of suitably sized food available in spectrum i. The probability of a predator of size m eating an encountered prey of size m′ is given by a lognormal probability density function, with a mean value representing the preferred predator–prey mass ratio and a standard deviation that represents the breadth of the relative prey mass. Realized predator–prey mass ratios in fish communities do not vary systematically with temperature or primary production in the world’s oceans [42]. Benthic consumers compete for an unstructured shared pool of food and do not feed according to prey size. For simplicity, we call the latter group ‘detritivores’ because in most benthic invertebrate communities detritus forms the bulk of their food (but it could also be supplemented by living phytoplankton). The feeding rate of a detritivore fB(m,t) depends on the volume of water either searched or filtered per unit time Embedded Image and the available biomass density of detritus BD(t) (g m−3).

A temperature effect on feeding and intrinsic mortality rates was incorporated into the model to enable the effects of changes in temperature to be assessed. The temperature effect was based on the Arrhenius function, τ = ec1 − E/(kT), where c1 is a constant (25.55), E is the activation energy of heterotrophic metabolism (0.63 eV), T is temperature in kelvin (°C + 273) and k is the Boltzmann constant (8.62×10−5 eV K−1) [43]. Feeding rates drive the dynamic processes of growth and predation mortality. Other size-dependent (but temporally constant) sources of mortality include intrinsic natural mortality, senescence and fishing mortality. 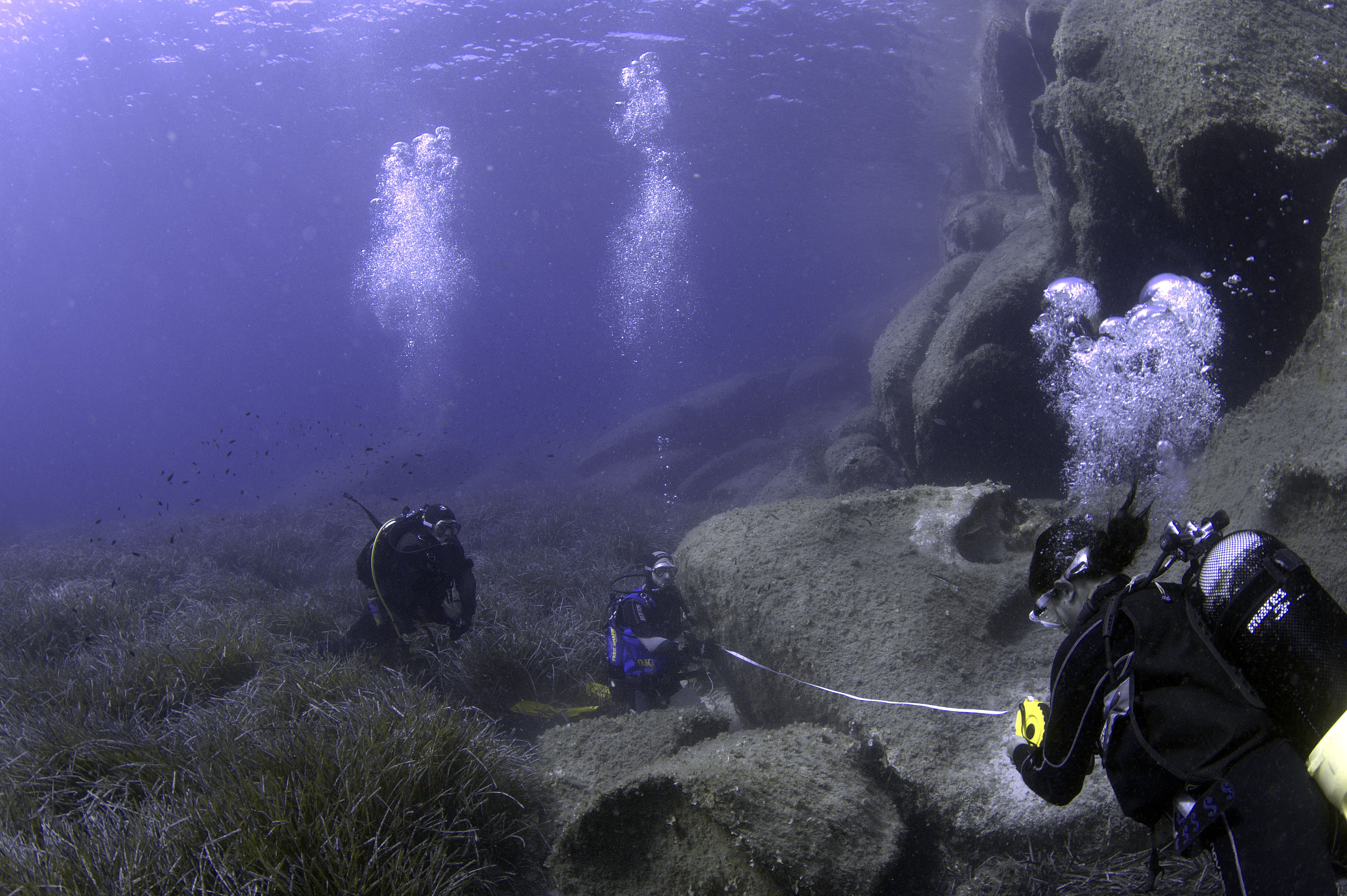 The size-based model was forced with outputs (daily phytoplankton, microzooplankton and detritus biomass density, sea surface and sea floor temperature) from the physical–biogeochemical model. The size-based model was applied to all EEZ using the same parameter values, such that only the forcing variables differed among EEZ. For each EEZ and scenario, the model was first run to equilibrium using time-averaged input before applying the model to time-varying environmental conditions for the duration of a 10-year time slice, under each of the scenarios. We labelled and computed the numerical density, biomass density, production and catch across the pelagic predator size range from 1.25 g to 100 kg as ‘fish’, because fish typically dominate biomass in this size range (see the electronic supplementary material for further details).

To predict changes in fishing effects and catches, a series of fishing scenarios were run for all modelled EEZ, across all time slices and climate scenarios. An ‘even’ fishing selectivity scenario was applied uniformly across size classes, such that all organisms greater than 1.25 g had the same fishing mortality (F). This was intended to represent fisheries targeting species for fishmeal production (small pelagic, 1.25–80 g) and direct human consumption (larger pelagic and demersal, 80 g–100 kg).

Although at steady state, the modelled size spectra follow a power law scaling with numerical density and body mass, the effects of fishing and other drivers can sometimes result in nonlinearities. To measure the disruption of the size spectra from fishing and climate change effects, the total deviation between the impacted size spectrum logNI(m) and the unexploited steady state size spectrum logNU(m) across the fish size range was measured according to Law et al. [44]:

(c) Model validation and data
To validate the predictions of our coupled model against data, we forced the size-based model for the period 1992–2001 with Ocean and Atmospheric reanalysis datasets used to provide boundary conditions in the physical–biogeochemical model. Fish production estimates at F = 0.8 yr−1 were compared with national catch statistics from the United Nations Food and Agriculture Organisation (FAO) database for 78 EEZ that overlapped with those captured in the 11 oceanic domains used in our analysis (see the electronic supplementary material, table S3). 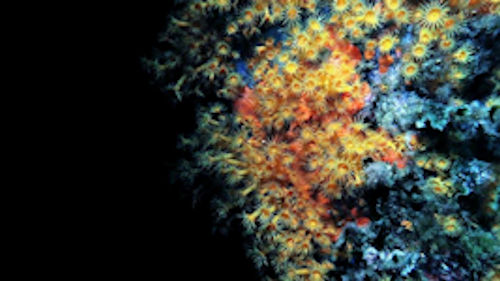 For estimating current total catches, we assumed a size-specific fishing mortality rate F = 0.8 yr−1. This value was intended to represent high sustainable rates of fishing on smaller species that dominate total catches for the EEZ. For exploring the relative effects of climate and fishing scenarios, we also used a lower value F = 0.2 yr−1 expected to be more sustainable at the community level. For modelled communities in the absence of fishing, the results from the dynamic model were compared with those from a static size-based scaling model of energy flux from primary producers to consumers [26]. Jennings et al.’s [26] static scaling model uses principles from macroecology, life-history theory and food web ecology to predict the potential biomass, production, size and trophic structure of consumer communities. In the static scaling model, temperature is assumed to act on metabolic rate and hence individual production. Both the static and dynamic models were forced with the same predictions for the physical environment and we assumed the same temperature-independence of the predator–prey mass ratio.

paper can be downloaded in PDF format for your convenience