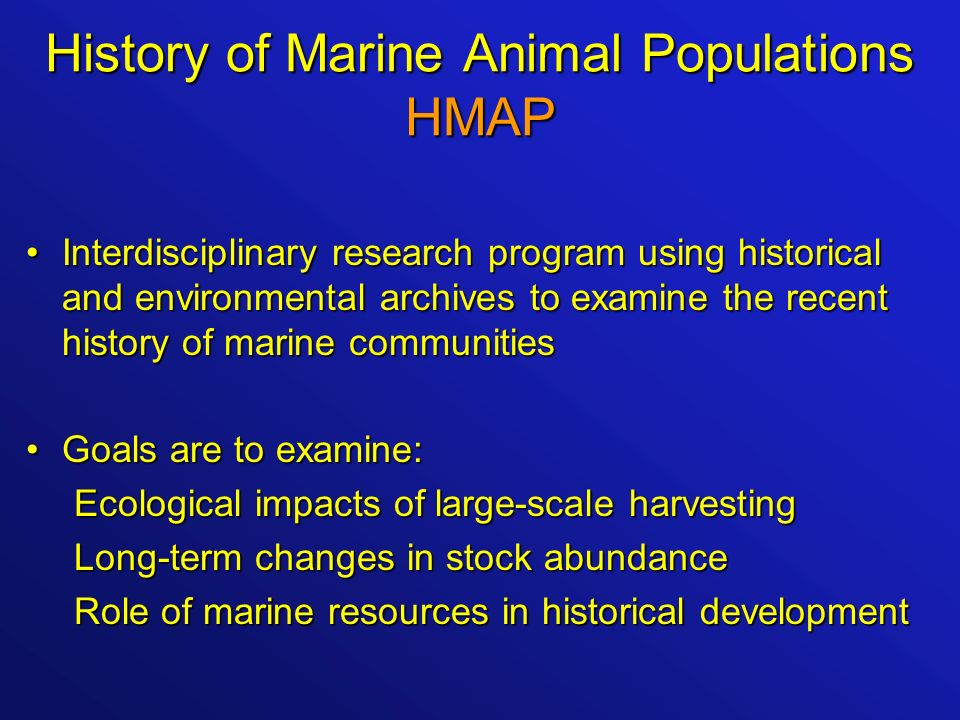 Coverage of Historical Analyses
Under the auspices of HMAP, twelve regional and three species-based projects were developed between 2000 and 2012. These uncovered a wealth of historical information that has been published in more than 200 peer-reviewed scientific publications. However, even such a concerted effort could by no means attain a global coverage in the investigation of humankind’s interactions with the sea. To understand the history of human interactions with life in the oceans on global and smaller scales historical research needs to be extended to new geographical areas. Costello and colleagues have identified a number of areas that received little or no attention during the Census of Marine Life, such as the southern and eastern Mediterranean Sea; estuaries, coastal areas and coral reefs of the Indian Ocean; large regions of South America and the Indian Ocean; and many other habitats including ice-bound waters, ocean trenches, and some deep sea areas [49]. In terms of historical investigations, this list of gaps is even longer. South America is one of the regions which have so far received very little attention. Although there are an increasing number of studies on the environmental history of the continent, these have had an almost exclusively terrestrial focus. One of the noteworthy exceptions is the work by Perri, who examined the Spanish overexploitation of the oyster beds around the island of Cubagua in what is today Venezulea [112]. Other work covers the ecological history of the Peruvian guano industry from 1800–1973, and its relation to the development of world’s largest industrial fishery, that of anchoveta [113]. More recently, Eddy et al. have studied the change in lobster biomass over 400 years of human fishing activity on the Chilean Juan Fernández archipelago [114]. But the vast majority of the continent’s coasts and marine areas remain untouched by historical studies. 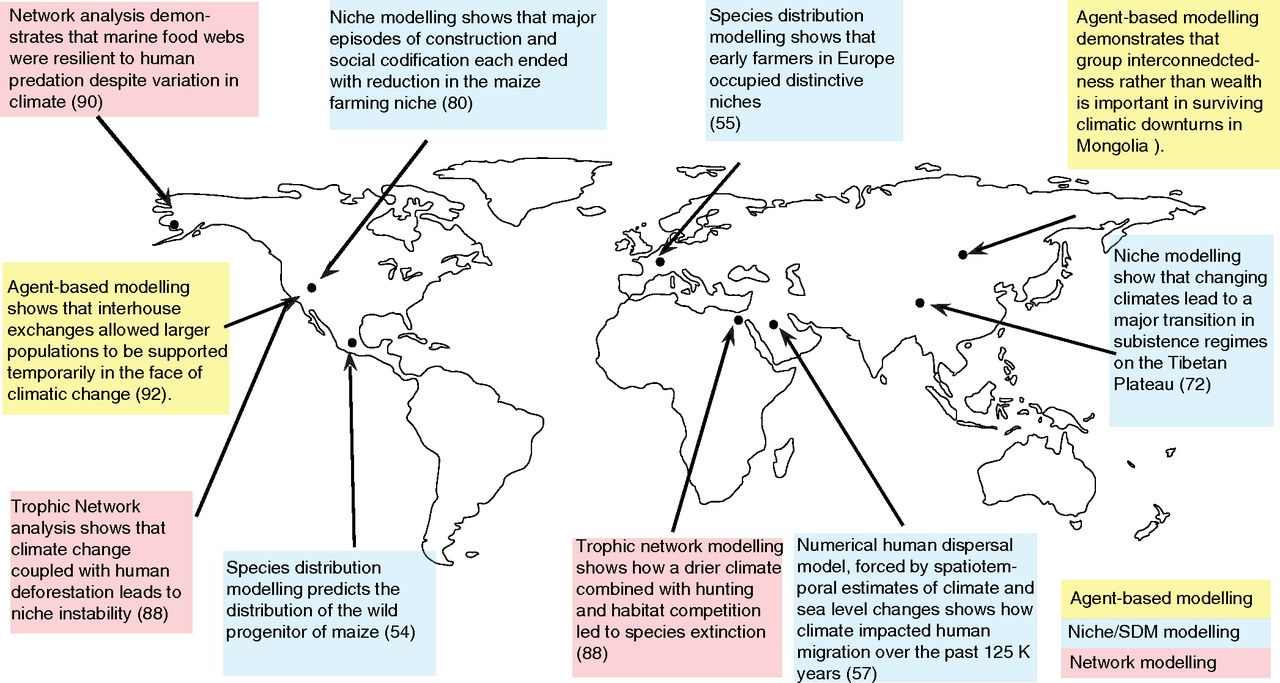 For the African continent, the situation is similar. An exception is South Africa, where a number historical studies have been undertaken, including work on long-term trends on commercially exploited species [115], [116], and work on the history of harbors and fisheries [117]. In an overview of the history of marine and estuarine studies in South Africa, the author argued that South Africa has some of the best data in the world on the biodiversity of rocky shores, coastal waters and estuaries exists, as well as large collections of many taxa [118]. Clearly, further historical work could take advantage of these rich collections. There are also some historical studies on the island of Rodriguez, including research on shifting baselines [119], [120]. But for the rest of the continent, we are not aware of any studies in marine environmental history or historical ecology. The polar regions certainly represent another region with a rich history in marine resource exploitation: whaling, seal hunting, and search for fish have brought people for centuries into these areas. The history of whaling has received some attention, for example in a paper by Hacquebord who analyzed the impacts of eliminating thousands of whales and walruses on other marine mammals [121]. Other studies have assessed ecological changes or population trends resulting from the mass removals of pinnipeds and whales [122]. Whaling records have also been used to establish declines in Antarctic sea-ice extent [123], and the influence of environmental factors on whaling operations has also been studied [124]. However, much research could still be done in these regions to expand our understanding of how they have been changed by resource extraction over time. An area for which we have very little information is the third dimension of the oceans: the deep sea [125]. Whereas the coastal areas of most developed countries have been exploited for several centuries, the deep sea waters were little known by fishermen and marine scientists alike just 100 years ago. In the meantime deep sea investigations such as the Dutch Snelllius Expedition of the 1920s, and multiple Danish and Norwegian led deep sea investigations traversed the Atlantic, Indian and Pacific Oceans from the turn of the 20th century until the 1960s. The Carlsberg Foundation’s Oceanographic Expedition Round the World from 1928–30 is an example of how global biogeography was charted well in advance of real impacts from resource exploitation in the deep seas of the World’s oceans [126]. Today many of these areas are exploited for multiple marine resources. Such early endeavours deserve careful scrutiny to provide reference points for present day ocean management. Another focus of attention should be on historically data-rich areas. For example, much documented evidence is available for large parts of maritime Southeast Asia, including the coral triangle. This region is the centre of global marine biodiversity, and the exploitation and trade of its marine resources has at least partly been documented by its former colonial regimes. Especially for the former Dutch East Indies, but also for what today is Papua New Guinea, a wealth of historical material has been collected in Dutch and German libraries and archives, and its processing has just begun [127]. Japan and China are also countries with a long tradition of record keeping, and strong connections to the sea. Working with these data might also improve our understanding of early drivers of resource exploitation, which created networks and trade routes that are still important today [41]. 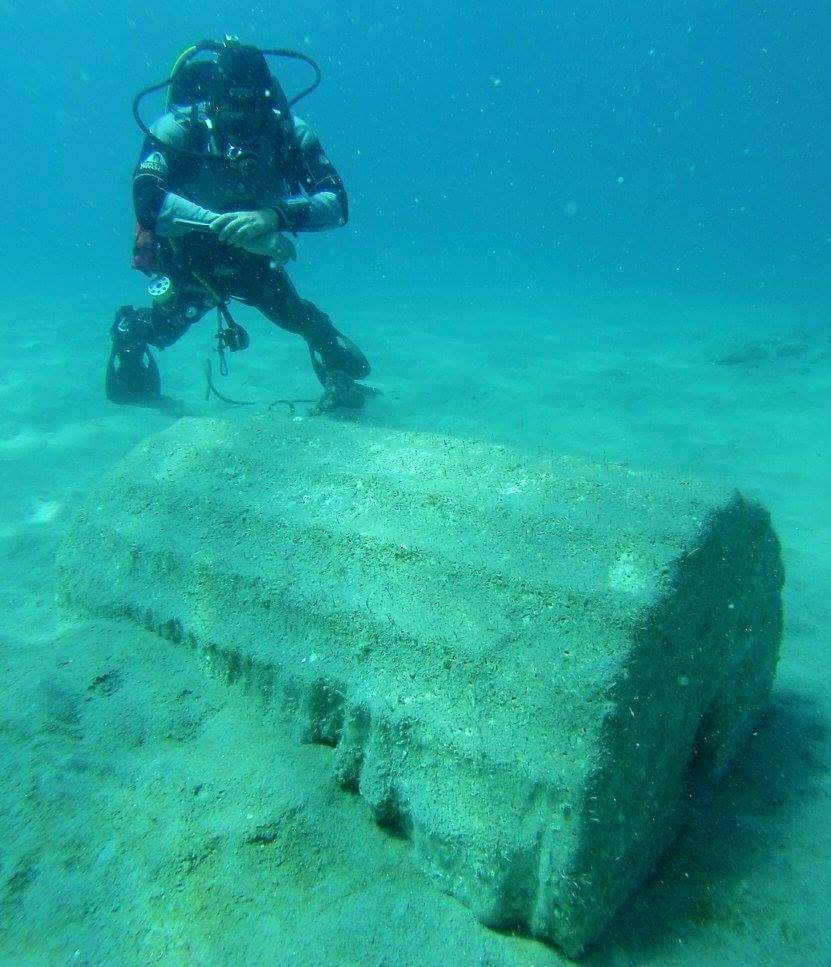 Outlook
Archaeological and historical research has still much to contribute to an improved understanding of the development of marine and coastal ecosystems, and their interactions with humans over time. It helps not only to identify patterns and trends, but also to quantify amounts of living marine resource exploitation. While the aim of this paper has been to establish a new research agenda, we would also like to point out that new institutional arrangements are required in order to successfully implement it. To complement individual projects, which end when their funding runs out, we suggest the establishment of a global research network for marine historical research: the Oceans Past Initiative (OPI). This could become a venue where researchers worldwide interested in historical studies could meet and discuss relevant issues virtually. OPI could provide an umbrella, under which already completed, currently running, and also planned projects and initiatives could be linked, and make their results available for decision-makers and the interested public. Such a network could also commit itself to coordinate resources and provide useful information to the research community, such as by circulating news about grant calls and funding opportunities, information on recent papers in the field, announce successful projects, and distribute information for students on courses related to marine historical research. A first major step into this direction has been undertaken through the establishment of the Oceans Past Platform (OPP), a COST action supported by the European Union which aims to measure and understand the significance and value to societies of living marine resource extraction and production to help shape the future of coasts and oceans.

Acknowledgments
We would like to thank Joseph Christensen, Meryl Williams, James Barrett and an anonymous reviewer, who provided helpful comments on earlier versions of this paper.

Funding Statement
Fellowships to the BIOWEB project and by the Spanish National Program ‘Ramon y Cajal’. HO was funded by the Estonian Ministry of Education and Research (grant SF0180005s10). We thank HMAP for paying the publication costs of this paper. The funders had no role in study design, data collection and analysis, decision to publish, or preparation of the manuscript.