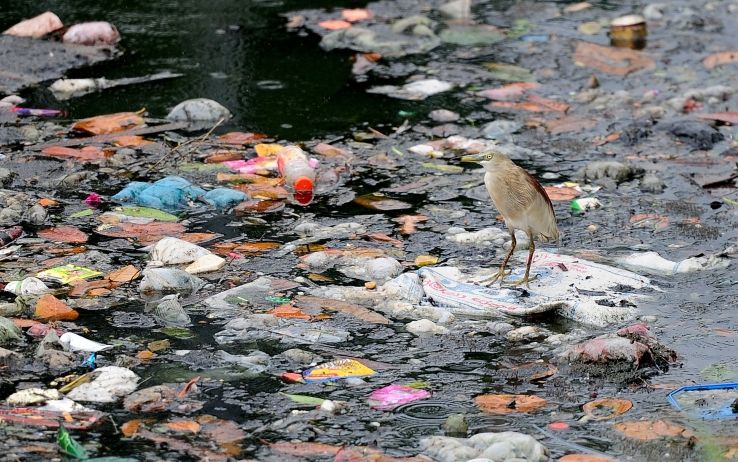 EU status of art on plastic
Marine litter is a global concern, affecting all the oceans of the world. Every year, millions and millions of tons of litter end up in the ocean worldwide, turning it into the world’s biggest landfill and thus posing environmental, economic, health and aesthetic problems.

Poor practices of solid waste management, lack of infrastructure and a lack of awareness of the public at large about the consequences of their actions aggravate substantially the situation. Cleaning up the oceans is one option, it is however not the most efficient method in removing and preventing marine litter. You could compare it to seaming the sand in the desert and this is simply something that no county could afford. The solution is to tackle the problem at its source.

Marine litter is also one of the clearest symbols of a resource inefficient economy. Valuable materials are polluting our beaches and damaging our environment instead of being pumped back into our economy. Therefore, a circular economy approach which puts the emphasis on preventing waste and on recycling and reuse of materials and products in the first place, is the best solution to the marine litter problem.

The Marine Strategy Framework Directive (MSFD) sets the framework for Member States to achieve by 2020 Good Environmental Status (GES) for their marine waters, considering 11 descriptors; descriptor 10, focuses on marine litter, stating that GES is achieved only when “properties and quantities of marine litter do not cause harm to the coastal and marine environment”.

An important step in the implementation of the MSFD will be in 2015, when MS have to adopt measures to protect the marine environment, which are to enter into force in 2016, and should address marine litter.

In the North Sea, half of the litter comes from ships. (Source: UNEP, KIMO) Facts & Figures
– Approximately 80% of marine litter is land-based.
– In 2004, marine water samples contain 6 times more plastic than plankton, i.e. out of 7 kilo, 6 kilos of plastic vs. 1 kilo of plankton (source: Algalita)
– Cruise ships: 95.000 m³ of sewage from toilets and 5.420.000 m³ of sewage from sinks, galleys and showers are released into the oceans each day (source: Oceana)
– 250.000 kg of waste are removed from the North Sea yearly (source: KIMO)
– Samples of strandline material contain more than 10% plastic per weight. The fragments will increase with production. (source: KIMO) 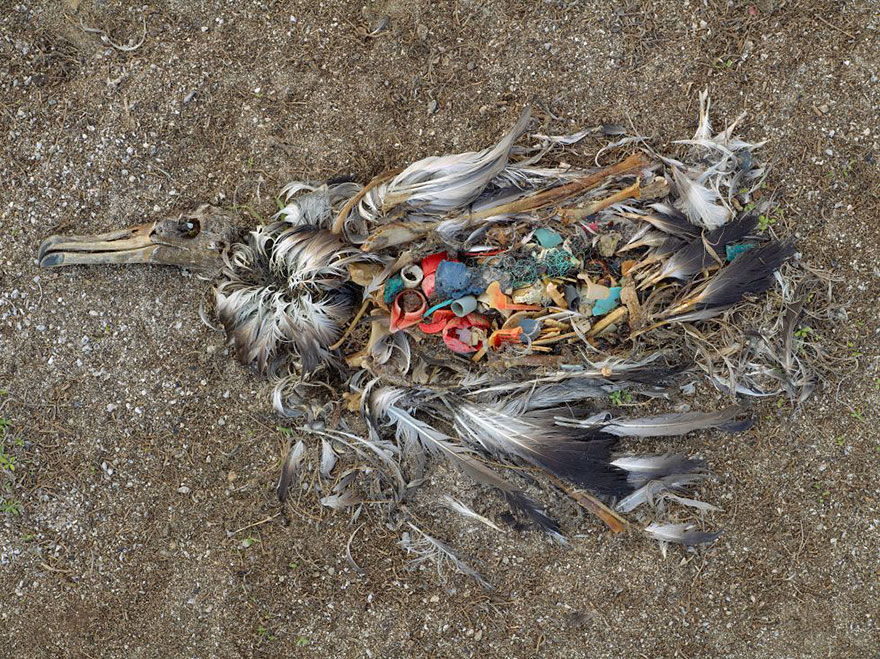 Marine litter can cause serious economic damage losses for coastal communities, tourism, shipping and fishing. Potential cost across EU for coastal and beach cleaning was assessed at almost €630 million per year, while the cost to the fishing industry could amount to almost €60 million, which would represent approximately 1% of total revenues of the EU fishing fleet (in 2010).

Taking into account its accumulation and dissemination, marine litter may be one of the fastest growing threats to the health of the world’s oceans.

What is the EU doing?
The 7th Environment Action Programme calls for the development of an EU-wide “quantitative reduction headline target for marine litter, supported by source-based measures and taking into account marine strategies established by Member States“. Efforts in that direction are ongoing with discussions also to be held in the context of the Circular Economy review.

Marine litter can be prevented efficiently through improved waste management, in particular plastic waste, increased recycling, avoidance of single use products and product eco-design (e.g. to minimise release of microplastics in the marine environment) and through intensive education and awareness actions and campaigns.

An overview of relevant EU legislation, policies and strategies can be found in a Commission Staff Working Document from 2012. 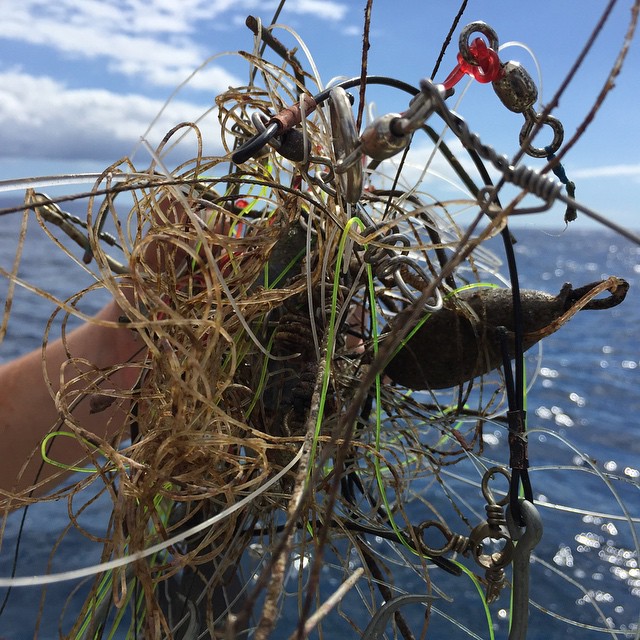 The Marine Directive
At EU level, the above mentioned Marine Strategy Framework Directive is the dedicated binding legal instrument for assessing, monitoring, setting targets and reaching good environmental status with regard to marine litter. A dedicated subgroup to support MS in reaching GES for marine litter was created under the Common Implementation Strategy MSFD and it is chaired by JRC; the JRC has developed Guidance on Monitoring of Marine Litter in the European Seas and has set up the MSFD Competence Centre (MCC) for marine litter to help EU countries achieve GES for this descriptor.

The EEA has developed Marine LitterWatch, a citizen science based tool that can help fill data gaps relevant for policy, while raising awareness about the problem of litter and the policy response to it; it is already being used in European-wide campaigns, such as the Ocean Initiatives.

Contribution of other EU policies and legislation
While litter is a key marine environment and biodiversity challenge, its generation and prevention are linked to a variety of human activities and policy areas, such as waste and wastewater management, product design, shipping, fisheries policies, consumption and behavioural patterns. Successful implementation of waste policy is a prerequisite to avoid plastic litter entering the marine environment. The Green Paper on a European Strategy on Plastic Waste in the Environment addresses plastic marine litter and ways to reduce it.

A Directive to reduce the use of plastic bags, many of which end up as waste in the marine environment has been finally agreed on 28 April 2015.

The Port Reception Facility Directive outlines the responsibilities of the various operators involved in delivery of ship-generated waste at EU ports. A report of an effectiveness review of this Directive has been finalised. In order to protect and restore marine biodiversity and ecosystems in the framework of sustainable fishing activities, the European Maritime and Fisheries Fund (EMFF) may support the collection of waste by fishermen from the sea such as the removal of lost fishing gear and marine litter. Besides the policy and legislative activities, the EU is dedicating substantial resources to better understanding and combating marine litter through a number of RTD or other projects, including enlargement and neighbourhood funding (e.g. the H 2020 initiative for the depollution of the Mediterranean).

Projects and studies
– Marine Litter Projects Funded under FP 7 and Horizon 2020
– Discover the LIFE LEMA project : Intelligent marine LittEr removal and Management for local Authorities.
– The Study to support the development of measures to combat a range of marine litter sources has been finalised (January 2016).

Ongoing projects include the CleanSea Project, Defishgear. The LIFE Programme also supports related projects such as SMILE, AMMOS and GHOST. The LIFE DEBAG project aims to develop and implement an integrated information and awareness-raising campaign for the prevention and reduction of plastic bag pollution in the marine environment in Greece. In 2014, a study assessed the reductions made possible through amendment of the EU waste legislation. This study also provided an initial analysis of the possible contribution from other potentially relevant legislation, as well as some behavioural measures which could be introduced to drive reductions in marine litter. It builds on three pilot projects launched in 2011, which looked at the sources of marine litter generally and plastic litter in particular as the largest and most persistent component of litter encountered in the marine environment.

The above mentioned pilot projects are:
–  “Study of the largest loopholes within the flow of packaging material”

As the studies are closely linked, a common chapter has been developed integrating the respective results.

• “Recuperation of fishing nets lost or abandoned at sea”

Berlin Conference
During the last five years the Commission services organised a series of workshops and stakeholders meetings at various levels to explore and implement solutions for marine litter. An important milestone was the International Conference on Prevention and Management of Marine Litter in European Seas that took place in Berlin, Germany, from 10 to 12 April, 2013.

Around the EU
Within the Regional Seas Conventions around Europe, action plans on marine litter are finalized and under implementation (Mediterranean and Northeast Atlantic) and (Baltic) or starting (Black Sea). They focus on prevention or reduction of marine litter address both land- and sea-based sources of marine litter, through a range of actions at national or regional level such as improved waste and waste water management, port reception facilities, targeted fishing for litter, education, awareness raising and outreach activities. The EU participates actively in the development and implementation of these action plans.

On a global level
The EU participates actively and contributes substantially to international efforts for preventing and reducing marine litter and for mitigating its impacts.

The Honolulu Strategy
The Honolulu Strategy is a framework for a comprehensive and global effort to reduce the ecological, human health, and economic impacts of marine debris. This document is intended to help improve collaboration and coordination among the multitude of groups and governments across the globe in a position to address marine debris and to serve as a common frame of reference for action among these communities, as well as a tool for groups to develop and monitor marine debris programs and projects. 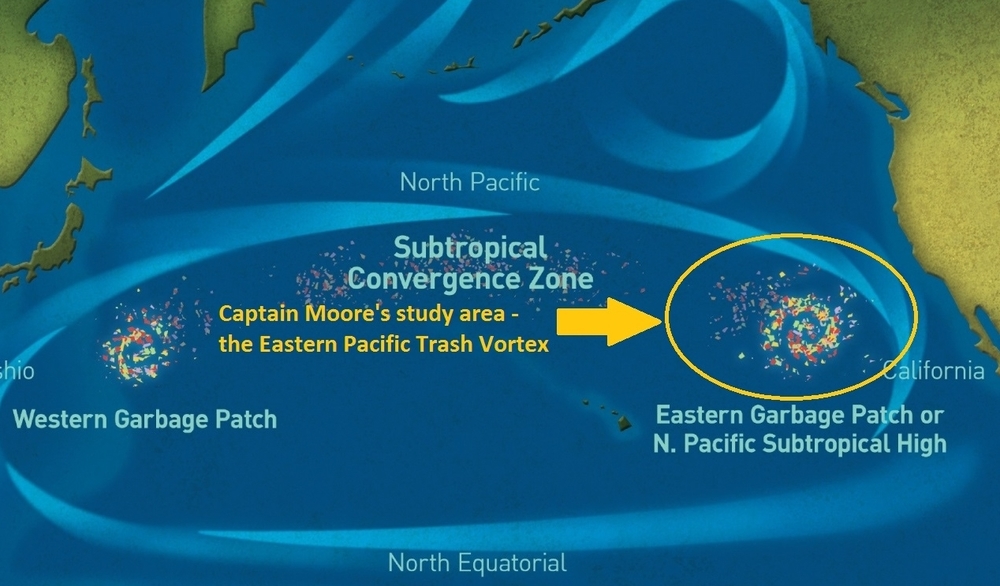 Great accumulation zones occurring in subtropical oceanic gyres are sometimes also referred to as a “plastic soup” of waste and are reported growing at an alarming rate. The Great Pacific Garbage Patch (GPGP) is a layer of rubbish in the Pacific Ocean which has been growing since the 1950s; you can see how the GPGP forms here and the map here. Most recent research (Plastic Accumulation in the Mediterranean Sea, PLOS ONE April 1, 2015) identifies also the Mediterranean as a great accumulation zone with a plastic particle distribution and density largely equivalent to that found in the 5 global gyres. The sources are mainly land-based (approximately 80%) and associated with poor waste (in particular plastic) and wastewater management.

Microplastics (in principle items smaller than 5mm) are of particular concern due to their potential toxicity and size, and consequent harm to the animals that ingest them. Although the consequences of plastic build-up in the food chain are not fully known, human-health concerns are being raised, since many of the marine animals affected end up on our plates as seafood. Recent EU-funded research in the Mediterranean revealed that more than 80% of marine litter items collected were microplastics. It further showed that even relatively clean rivers with thinly populated catchment areas (just 250,000) can transport as many as 50 billion microplastic particles annually. We also find significant loads of microplastics in analyses of plastic pollution in ice cores in the Arctic.

Used directly in products (such as exfoliants or industrial abrasives), fragmenting from larger pieces, or as fibres from washing clothes (and carried by sewage), microplastics are widespread in the marine environment. Moreover, given their size, microplastics are considered bioavailable to organisms throughout the food-chain. The scientific literature in relationship to sources, pathways and impacts of microplastics is already substantial and constantly growing. GESAMP, an advisory body consisting of specialized experts on marine environmental pollution, nominated in the UN context, finalised recently a related study.

UNEP publications
Following a request from the first UN Environment Assembly in 2014, UNEP produced in 2016 a study on marine plastic litter and microplastics. Closely related to this study are the UNEP Marine Litter Vital Graphics.