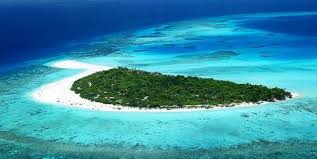 Background
The Cape Verde archipelago consists of 10 volcanic islands in the eastern Atlantic Ocean located 570 km off the coast of Western Africa. While the shallow benthic communities have been studied in some detail no seagrasses have been previously reported for the Republic of Cape Verde.

Results
The seagrass Halodule wrightii Ascherson was found and described at one location at Praia, Santiago Island. There it formed a number of patches (≈10) covering a total of ≈ 20 m2 at 1.4–1.6 m depth on fine sand soft bottoms. Some population characteristics are also reported. Two other sites with seagrass are also reported for the first time.

Conclusion
The current record fills a knowledge gap regarding the distribution of seagrasses in the Tropical North Atlantic and it is expected that seagrasses will be found at other suitable sites within the archipelago. 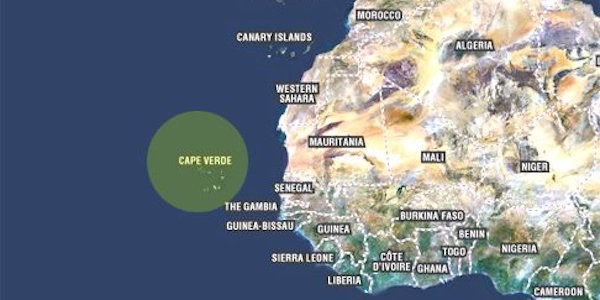 The Cape Verde archipelago consists of 10 volcanic islands in the eastern Atlantic Ocean located 570 km off the coast of Senegal, Western Africa (Fig. 1). Cape Verde lies within the Western African Marine Ecoregion (WAMER) and is particularly significant for marine turtle conservation as five species inhabit and feed in local waters and it hosts one of the most important nesting populations of the loggerhead turtle Caretta caretta in the world (Marco et al. 2011). While the shallow benthic communities have been catalogued and studied in some detail (Boekschoten and Best 1988; Morri and Bianchi 1995; Morri et al. 2000; Otero-Schmitt 1995a, b, c; Entrambasaguas et al. 2008; Monteiro et al. 2008; D’Oliveira 2010) no seagrasses have been previously reported in the literature for the Republic of Cape Verde.

According to Short et al. (2007) Cape Verde falls within the Tropical Atlantic seagrass Bioregion 2. This bioregion has ten seagrass species but is dominated by three species, Thalassia testudinum Banks ex König in König et Sims, Syringodium filiforme Kützing in Hohenacker and Halodule wrightii. However, the west coast of Africa only has H. wrightii and, extending from the Mediterranean Bioregion, Cymodocea nodosa (Ucria) Ascherson and Zostera noltii Hornemann (Short et al. 2007), both having their southernmost records at Senegal, while H. wrightii reaches its northern limit nearby at Banc d´Arguin in Mauritania (Cunha and Araújo 2009). Unless geographical isolation occurs it would be expected to find these seagrasses growing in suitable locations around the Cape Verde archipelago. Notwithstanding, to date no seagrasses have been reported in the literature from the islands. The aim of the present study is to report the first record of seagrass in Cape Verde.

Methods
A search for seagrasses was conducted on Santiago Island, Cape Verde (15°03’N 23°39’W) in April 2015. Using local information, satellite images of the region (for coastal geomorphology and wave exposure) and researchers’ experience, sites most favorable for seagrass development were identified. When accessible shore dives were conducted by snorkel divers who searched the bottom at these sites. Where seagrass was found, photographs and qualitative samples were taken in accordance with the relevant legislation. Nine core (diameter 5 cm) samples were taken to estimate some population parameters (shoot density, as well as above and below ground biomass). Plants were examined and their morphology described.

Discussion
The current record fills a knowledge gap regarding the distribution of seagrasses in the Tropical North Atlantic. According to den Hartog and Kuo (2006) H. wrightii is widely distributed in the Caribbean from Cuba and the smaller Antilles and southwards to Brazil at Paraná (de Souza Barros et al. 2014), whereas on the Atlantic coasts of Africa it is reported in Mauritania, Senegal and Angola but its distribution is expected to be wider (den Hartog and Kuo, 2006). According to the distribution map in Green and Short (2003; p 274) H. wrightii also occurs on the west coast of Africa in Nigeria, Benin, Ghana, Sierra Leone, Guinea, Guinea Bissau and São Tomé and Príncipe; on the east coast of Africa in Mozambique, Tanzania, Kenya; as well as Madagascar, Oman and the east coast of India. However, more recent genetic studies suggest that H. wrightiiis not present on the eastern African coast (Waycott et al. 2004). The present record is located at an interesting biogeographic transition zone where northern and southern seagrass species meet, close to the northern latitudinal limit of H. wrightii at Banc d’Arguin, Mauritania, and to the southernmost record for meadows of Cymodocea nodosa, which are often mixed with H. wrightii and Z. noltii (Cunha and Araújo 2009).

It would seem that such records are likely based on ‘predicted distribution’ so actual survey data such as the present study are an important addition to anecdotal cases. It is important to point out that historically there has also been some confusion in the literature between the “Cap Vert = Cape Verde” (continental Africa, where seagrass occurs) and the Cape Verde Islands (Wirtz et al. 2013, and references therein).

The fact that seagrasses have not previously been reported for the Cape Verde Islands would suggest that they have simply been overlooked in the past. This is not surprising, as most phycologists have until now focused attention on the flora of the rocky shores of the area. One of the first scientists that may have overlooked seagrasses was the illustrious Charles Darwin; on board the HMS Beagle, as in 1832 his first extended port-of-call was at Praia, southeastern Santiago (Baarli et al. 2013) where we found H. wrightii. More recent descriptions of the shallow subtidal benthos of Cape Verde also make no mention of seagrasses (e.g. Morri et al. 2000; Otero-Schmitt 1995a, b, c; Entrambasaguas et al. 2008) so we believe that this is the first report of seagrasses in the archipelago. As such we would predict that a systematic survey of soft bottoms of the Cape Verde islands will probably result in further new records. The confirmation that seagrass occurs in the Cape Verde Archipelago is of wider relevance for local marine conservation as seagrass can be an important food source/habitat for protected species such as turtles.

Conclusions
Seagrass is reported for the first time for the Cape Verde Archipelago. Halodule wrightii was found at three locations on Santiago Island. The current record fills a knowledge gap regarding the distribution of seagrasses in the Tropical North Atlantic. We would predict that a systematic survey of soft bottoms of the Cape Verde islands will probably result in further new records of seagrasses in the region.

Acknowledgements
This study was made possible given the support from the Instituto Gulbenkian de Ciência de Portugal and the Cape Verde University. We thank Peter Wirtz and a reviewer for great advice.

Availability of supporting data
The dataset supporting the conclusions of this article is included within the article as photographs and geographical coordinates.

Authors’ contributions
JCC and AHE carried out fieldwork; JCC, AHE and ECD compiled records;. All authors wrote parts of, read and corrected the manuscript. All authors approved the final manuscript.

Consent for publication
Not applicable.

Ethics approval and consent to participate
Not applicable.